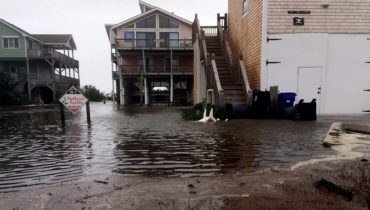 But it remains unclear what the nature of the rate adjustments may be. The chief executive of one major carrier moving into the reinsurance business said that current reinsurance prices are “reasonable.”

Worldwide, insured global catastrophe losses were US$130 billion in 2017, Taoufik Gharib, senior director of insurance and North America financial services at S&P Global Ratings, said in an interview Tuesday with Canadian Underwriter. Those losses were driven in large part by the California wildfires as well as Hurricanes Harvey, Irma and Maria.

It is “fair to assume” that this will affect reinsurance rates for Canadian insurers, Gharib said, given that historically, at least for the last few years, insured catastrophe losses have been somewhat benign in the United States. During the past few decades, the global P&C industry only saw two years with higher catastrophe losses than 2017 – 2005 and 2011, he added.

No major North Atlantic hurricane made landfall on the continental U.S. between 2006 and 2016. Sandy was a post tropical storm by the time it made landfall in 2012 in New Jersey.

There is “some potential of indirect impact” from the 2017 disasters on Canadian insurers’ prices when they renew reinsurance agreements this June, Gharib said Tuesday. “Sometimes it takes a few quarters until you see a clear picture of where [reinsurance] rates are heading.”

For insurers who renewed their reinsurance Jan. 1, there was an overall increase of 4% to 6% in all lines, including property and catastrophe, Gharib told Canadian Underwriter Tuesday.

But the industry-wide property catastrophe reinsurance price increases during the recent Jan. 1 renewals were lower than many expected, said Brian Duperreault, CEO of American International Group Inc. (AIG), in a conference call with analysts Monday about AIG’s acquisition of Validus.

“The real question is: Is the pricing of property cat today commensurate with the risk that is being taken?” Duperreault said during the call, when asked what AIG senior managers thought about industry-wide reinsurance pricing. “I believe the returns that [reinsurers] are getting are reasonable.”

Duperreault added that he thinks “the property cat business is reasonably priced,” but alternative capital has “changed the landscape” of reinsurance.

“Reinsurance isn’t going away,” Duperreault said. “Property cat reinsurance absolutely is necessary for all of us in the business. The question is, how do you shape your offering to match the kind of capital that’s out there and what kind of returns that capital is looking for?”