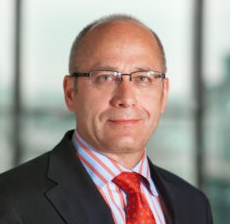 Most people in the industry anticipate a hardening of the market in 2018, the aftermath of an historic year of natural catastrophes. Some of the first signs of rising rates in the Canadian P&C industry are already starting to emerge. While the market cycle gives the industry much to talk about, it should not distract from the important role insurers play in helping cities to mitigate destruction such as that seen in Fort McMurray, Alta. in 2016, and across the United States, Puerto Rico and the Virgin Islands in 2017.

It is important to place greater emphasis on infrastructure resilience in Canada. Together with rapid growth, cities are facing an uncertain and increasingly complex collection of risks including cyber threats, terrorism and natural catastrophes. The rising costs of disasters is a growing concern for the public sector and the insurance industry alike; over the past decade, direct losses from disasters totalled approximately US$1.4 trillion, according to the UN Office for Disaster Risk Reduction in 2014.

The insurance industry can make a significant contribution to resilience in cities by creating incentives for robust risk management and paying claims quickly following major disasters. Local insurance markets are key facilitators of dialogue with governments, businesses, and asset owners. They can encourage stakeholders to take the appropriate risk mitigation measures, thereby potentially reducing damage from natural catastrophes, as well as the cost of insurance.

The Institute for Catastrophic Loss Reduction (ICLR) has made tremendous progress in mitigating the risk of damage from basement floods and continues its focus on five hazards — water, earthquake, severe wind, wildfires, and hail — with the aim of sharing their findings to support investments by local officials, as well as action taken by property owners.

Truly building resilience in Canadian cities and around the world means finding new ways to bridge silos within and between government; private sector and communities measuring and accounting for the (direct and indirect) benefits of resilience; and creating incentives for resilience-building activities.