There’s a new sheriff in town, and Ontario’s freshly-minted auto insurance regulator is gunning for auto rate approvals in 25 days instead of the usual six months. 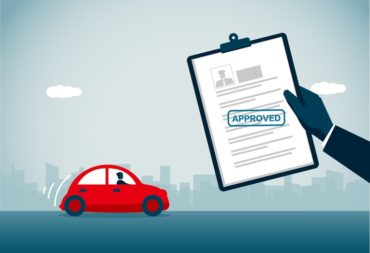 “In the very near future, we are looking forward to bringing to the market on behalf of consumers — who I think are going to win the most on this — a very much streamlined process to what we are calling standard rate filing,” Bzowey said on a panel discussing insurance regulation. “Very soon, we expect to have a process whereby from the date we receive your application to the date we make a decision on it will be no more than 25 business days. And if we have the decision within 25 business days, it will be deemed approved. I’m really excited about what that means for competition.”

The news was met with silence in the room. For years, P&C insurance companies have waited for six months to get auto rate changes approved by the government’s former insurance regulator, the Financial Services Commission of Ontario (FSCO). FSRA officially replaced FSCO in June.

“You guys need to help me out here,” the panel’s moderator, Don Forgeron, president and CEO of the Insurance Bureau of Canada (IBC) quipped, breaking the silence. “I am on the stage, right? I am awake. I am not dreaming this. You guys are hearing the same thing?’

Bzowey said FSRA’s new mandate is simple: Consumer safety, fairness and choice. By not bogging down insurers with needless delays in the auto rating process, the hope is that insurers’ competition will not be stifled, leading to better pricing in the market and more choice for consumers.

The openness and willingness of the new regulator to talk about innovation is catching other insurance companies, as Forgeron’s joke implied, more than a little off-guard. “One of the things we are finding is that people are really surprised by some of the responses they are getting from us in terms of our openness and willingness to hear about new ideas,” Bzowey told the plenary session of the NICC. “And we are delighted by that. Ultimately, we think it will bring a little product innovation as well.”

Bzowey has not even been a year on the job, but he brings an industry perspective to his work. His professional background includes 13 years of senior roles at Aviva Canada and RBC Insurance before he came to FSRA in January 2019.

“It’s a little stunning for me to sit there on the other side of the desk and to hear people say, ‘Well, we didn’t think we could do that,’ or ‘We didn’t think you would want us to do that,’” Bzowey said of insurers’ reactions to FSRA’s approach. “And you know, it’s a new day. So, my invitation would be: If you didn’t think you could before, maybe it’s time to ask again.”

“I think companies don’t compete as hard as they could, because they have to hedge all the time. And so, one of the objectives we have [at FSRA] is to greatly reduce that time and the uncertainty associated with you making the changes that you expect to be able to make, so that you can compete with more confidence.”

Of course, that’s not all that FSRA is discussing. The new auto insurance regulator is promising to usher in:

Also, FSRA has started to look at ways to simplify and streamline the guidelines governing auto insurance regulatory system.

Bzowey reported at the NICC that the new regulator inherited 1,100 pieces of guidelines from FSCO, of which 407 related to auto insurance. FSRA initially shaved that down to 284 pieces, and now the total has been further 134. “It’s almost like moving to a new house,” Bzowey said. “You clear all those old boxes out of the basement.”