CALGARY – The Alberta Energy Regulator is apologizing for estimating it would cost $260 billion to clean up after the provincial oil and gas industry.

The sector’s accumulated environmental liability is currently estimated at $58.65 billion, less than one quarter of the presented number, it said in a statement Thursday. 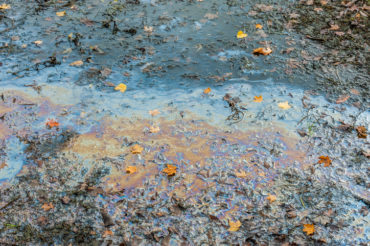 “The numbers are staggering – $260 billion in total liability, which is $200 billion more than we have consistently reported,” it stated.

“This particular estimate was created for a presentation to try and hammer home the message to industry that the current liability system needs improvement. While the message to address liability is important, the numbers were not validated and were based on a hypothetical worst-case scenario.

“Using these estimates was an error in judgement and one we deeply regret.”

The $260 billion is mentioned in speaking notes for a presentation in February by Robert Wadsworth, the AER’s vice-president of closure and liability, as initially obtained by the National Observer after a request under freedom of information legislation

The AER provided the same documents to The Canadian Press on Thursday.

In a graphic illustrated by a huge cartoon bag of money, the presentation estimates Alberta’s liabilities at $130 billion for mining projects, $100 billion for conventional oil and gas and steam-driven oilsands, and $30 billion for pipelines.

“The money bags are to scale,” it says. “There is a bag for security, it is just very hard to see.”

Issues emerging from the presentation are being examined by Environment Minister Shannon Phillips, said Premier Rachel Notley on Thursday.

She said the government is having talks with industry about the situation and is taking care to avoid approving projects that will add to the liabilities going forward.

With a file from Dean Bennett in Edmonton