More than one-third of the world’s top insurance companies have appointed an executive – commonly known as a chief digital officer (CDO) – to oversee the digital transformation of their business, according to a new study from Strategy&, PwC’s strategy consulting business. 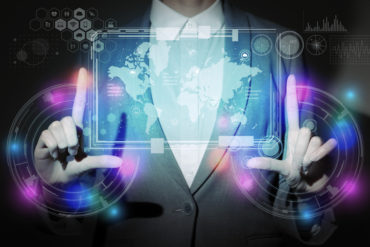 Overall, 19% of the world’s top 2,500 companies have appointed a CDO, Strategy& said in a press release last week. “Though this number might seem modest, it more than tripled last year’s percentage, when only 6 per cent of companies analyzed had hired such an executive,” Strategy& reported in the release. “Of equal significance is the fact that 60 per cent of the digital leaders identified in our most recent study have only been hired within the last two years.”

Strategy&’s 2016 Chief Digital Officer Study looked at the top 2,500 public companies around the world by market capitalization as of July 1, 2016, as defined by Bloomberg, to better understand how many companies have appointed a digital leader, who they are, and where the position fits into companies’ hierarchies, Strategy& explained. For the purposes of the study, the CDO was defined as that executive, no matter of the title, who has been given the task of putting into practice the digital mission of his or her company or business unit.

Geographically, European companies are hiring CDOs at faster rates than companies elsewhere (38% in Europe versus 23% in North America, 13% in South and Latin America, and 7% in Asia-Pacific). And larger companies continue to remain ahead of the curve in appointing digital leaders, the release said.

“For a growing number of companies, it’s just not feasible any longer to spread out various digital efforts among separate business units,” commented Pierre Peladeau, a digital practitioner and study co-author with Strategy&, partner with PwC France. “It may work during early stages of digitalization, but as a company moves towards a more advanced stage of digital maturity, a unified approach is needed to execute a more comprehensive digital strategy.”

Strategy& said in the release that taking the helm of a holistic digital strategy means different things for different companies. While some look externally for digital leaders, others engage existing leadership and a diverse group of stakeholders to help manage the transition. For these reasons, digital executives come in various forms, with a variety of different skills in tow. While marketing and sales backed leaders dominated last year (34% and 17% respectively), this year 32% of digital leaders bring technology backgrounds to the job, up from 14%, the release said.

“One of the most daunting challenges for any digital leader is how to develop new digital applications at the same time as they’re dealing with legacy IT systems that have been vital to a company’s operation for years,” suggested Mathias Herzog, Strategy& co-author and partner with PwC US. “As this becomes more and more apparent, we should continue to see a growing number of executives with the technical expertise necessary to navigate a company’s multi-faceted digital assets.”

Knowing how to work within these constraints while simultaneously maintaining the operational agility needed to move digitalization efforts forward will be key for any incumbent digital leader, Strategy& said.

“The CDO’s role, by definition, is transformational,” said Olaf Acker, co-author and digital services leader with PwC Strategy& Germany. “Which means anyone assuming the role has to balance the old technologies with the new, technical expertise with an understanding of internal organizational mechanisms, and a vision for a company’s future that also aligns with its longstanding mission.”