The Ontario Provincial Police recently suggested that so far this year, it has investigated 38 road deaths in which a distracted driver was involved. 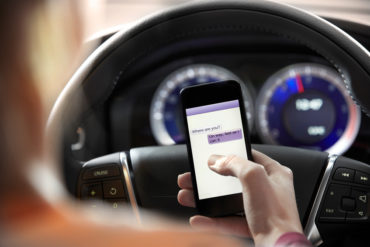 “As of mid-August, the OPP has investigated 38 road deaths in which an inattentive driver was involved, compared to 19 deaths involving an impaired driver,” the OPP said Monday in a press release.

“Since 2009, our officers have investigated more than 600 road deaths that involved an inattentive driver,” stated OPP Deputy Commissioner Brad Blair, the police service’s provincial commander of traffic safety and operational support, in the Aug. 29 release.

The maximum fine for distracted driving, under Ontario’s Highway Traffic Act, is $1,000. The range of fines was increased, with the passage in June, 2015 of the Making Ontario’s Roads Safer Act, or Bill 31.

“Currently, the fine in Ontario for distracted driving is relatively minor in comparison to other enforcement tools used across Canada,” Silverstein told the committee in early 2015 during hearings on Bill 31. “Despite the efforts, distracted driving has become more prevalent on Ontario’s roads, putting motorists, passengers, cyclists and pedestrians at risk.”

Distracted driving includes using a phone to talk, text, check maps or choose a playlist while driving, the OPP said in a backgrounder.

“Simply holding a phone or other device while driving is against the law,” the OPP stated.

A driver can use a “hands-free device (e.g. Bluetooth) but only to turn it on and off,” the OPP noted, adding a driver can also use “a mounted device (e.g. phone, GPS) as long as it is secure – not moving around while driving.”

Drivers who use hands-free devices to talk on their mobile phones are not necessarily giving their full attention to the road, Rick Geller, Toronto-based vice president and transportation industry leader at Marsh Risk Consulting, told Canadian Underwriter earlier.

“When you are talking on the phone, whether it’s hands-free or actually holding the device, your ability to process moving images decreases by about a third, and your field of view narrows by about 50%,” Geller said earlier this year. “Hands-free is not risk-free. From a distracted driving point of view, it is not the fact that you are holding the device in your hand that’s the problem. It’s having the conversation and how that impacts people’s brains.”