More than 40% of data science tasks will be automated by 2020: Gartner

More than 40% of data science tasks will be automated by 2020, resulting in increased productivity and broader usage of data and analytics by “citizen data scientists,” according to Gartner, Inc. 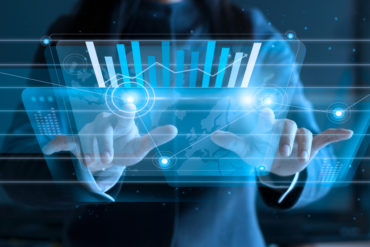 Gartner, a Stamford, Conn.-based information technology research and advisory company, defines a citizen data scientist as a person who creates or generates models that use advanced diagnostic analytics or predictive and prescriptive capabilities, but whose primary job function is outside the field of statistics and analytics.

“Most organizations don’t have enough data scientists consistently available throughout the business, but they do have plenty of skilled information analysts that could become citizen data scientists,” suggested Joao Tapadinhas, research director at Gartner. “Equipped with the proper tools, they can perform intricate diagnostic analysis and create models that leverage predictive or prescriptive analytics. This enables them to go beyond the analytics reach of regular business users into analytics processes with greater depth and breadth.”

Gartner argues that the result will be access to more data sources, including more complex data types; a broader and more sophisticated range of analytics capabilities; and the empowering of a large audience of analysts throughout the organization, with a simplified form of data science.

“Access to data science is currently uneven, due to lack of resources and complexity not all organizations will be able leverage it,” Tapadinhas said. “For some organizations, citizen data science will therefore be a simpler and quicker solution their best path to advanced analytics.”

With data science continuing to emerge as a powerful differentiator across industries, almost every data and analytics software platform vendor is now focused on making simplification a top goal through the automation of various tasks, such as data integration and model building.

“Making data science products easier for citizen data scientists to use will increase vendors’ reach across the enterprise as well as help overcome the skills gap,” said Alexander Linden, research vice president at Gartner. “The key to simplicity is the automation of tasks that are repetitive, manual intensive and don’t require deep data science expertise.”

Linden said the increase in automation will also lead to significant productivity improvements for data scientists. Fewer data scientists will be needed to do the same amount of work, but every advanced data science project will still require at least one or two data scientists, he said.