44% of The Co-operators’ claims and benefits in 2016 were for property damage, the company’s inaugural integrated report says

Guelph, Ont.-based The Co-operators has released its inaugural 2016 Integrated Annual Report, reporting that more than four in ten claims and benefits paid in 2016 were for property damage. 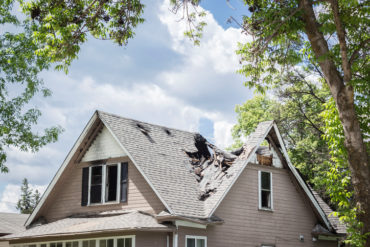 The Co-operators released the report on Tuesday, joining “a handful of pioneering Canadian companies that have adopted this emerging best practice of corporate reporting,” the company said in a statement. Integrated reporting provides a “holistic analysis of how a company creates value for its stakeholders both in the short- and long-term” and outlines the group of companies’ progress and performance in 2016.

According to the inaugural report, the total amount paid in claims and benefits last year was $1.86 billion. Property damage accounted for 44% of claims and benefits paid to clients in 2016, collision repairs for 20%, injuries 16%, death and disability 10%, other 6% and medical and dental 4%. Looking at property damage specifically, fire accounted for 40%, a “larger-than-normal proportion due to the unprecedented wildfire” in Fort McMurray, Alta. last May; water accounted for 24%; other 15%; wind/hail/ice 13%; and theft/vandalism 8%.

Other highlights of the integrated annual report include:

Robert Wesseling, president and CEO of The Co-operators, said in the statement that the report “critically examines how The Co-operators is grappling with emerging issues like more extreme weather, disruptive technologies, economic volatility, shifting demographics and more. Building resiliency in the midst of the complex challenges we face as a society today requires a holistic, collaborative approach. We’re proud to take an integrated view of our strategy, governance and operations as we work to protect the financial security of Canadians and their communities.”

The Co-operators Group Limited is a Canadian co-operative with more than $44 billion in assets under administration. Through its group of companies, it offers home, auto, life, group, travel, commercial and farm insurance, as well as investment products.