55% of poll respondents will not ride in a fully autonomous vehicle, Gartner survey finds

An online survey from research and advisory company Gartner, Inc. has found that 55% of polled respondents “will not consider riding in a fully autonomous vehicle.” 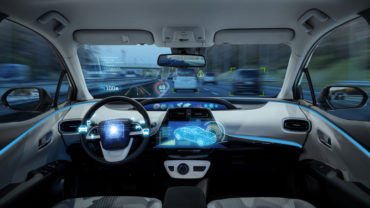 Survey respondents did agree that fully autonomous vehicles offer many advantages, including improved fuel economy and a reduced number and severity of crashes. Additional benefits could include having a safe transportation option when drivers are tired using travel time for entertainment and work.

Consumers who currently embrace on-demand car services are more likely to ride in and purchase partially and fully autonomous vehicles, the survey found. “This signifies that these more evolved users of transportation methods are more open toward the concept of autonomous cars,” Ramsey said in the release.

The percentage of people who used a mobility service, such as Uber or Car2Go, in the past 12 months rose to 23% from 19% in a similar survey conducted two years earlier. However, the transition to dropping a personally owned vehicle will be challenging outside of dense urban areas, Gartner suggested. For the auto owners surveyed with a driveway or easily accessed parking, nearly half of the respondents said they would not consider giving up their own vehicle, even if they saved 75% over the cost of owning their own car. “The ability to leave at any moment is the most cited reason for not replacing personal vehicles with on-demand car services,” Gartner reported. “Trust and personal safety are also top concerns.”

Ramsey added that the automotive industry is investing in new safety and convenience technology “at a rate not seen since the dawn of the automobile. The experience of owning and operating a car will be dramatically different in 10 years,” he suggested.

Gartner noted in the release that dozens of companies are currently developing sensors and other technologies required to enable vehicles to detect and understand their surroundings. As of mid-2017, more than 46 companies are building artificial intelligence-based software to control an autonomous vehicle and make it operate in the world, the release said.