A new province-wide poll has found that more than 60% of Ontarians at least somewhat oppose cap and trade, which is designed to help fight climate change and reward businesses that reduce their greenhouse gas emissions. 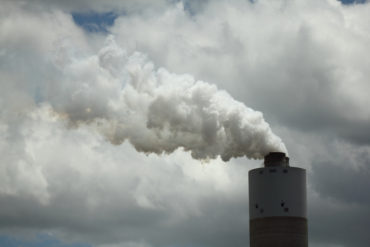 The Nanos Research poll, commissioned by the Canadian Taxpayers Federation (CTF), was released on Thursday. The poll of 500 Ontarians, conducted from Feb. 3 to 7 found that across Ontario, over 50.5% of those surveyed “oppose” cap and trade, and 10% are “somewhat opposed. In contrast, 21.1% “support” and 14.7 % “somewhat support” cap and trade, for an overall support of 35.8%. About 4% were unsure.

The poll also asked respondents if they were more or less likely to support a political party that proposed a direct carbon tax on natural gas and gasoline, which is the model currently proposed by Progressive Conservative leader Patrick Brown. The poll shows that about 58.5% oppose this model.

“This poll shows that the people of Ontario are opposed to carbon taxes,” Van Geyn said in the release. “Ontarians are saying that energy costs are out of control, and the majority oppose carbon taxes.”

When asked about the “top policy priority of the government” and given eight options, 30% of those polled said that the number one priority should be reducing the cost of electricity and energy, the release said. Among the other responses, only 4.3% said “reducing greenhouse gases,” while 2.2% of respondents were “unsure,” the poll found.