78% of global SMEs fear impact of climate change on their businesses: Zurich study

Nearly four-fifths (78%) of global small- and medium-sized enterprises (SMEs) surveyed by Zurich Insurance Group expected risks associated with climate change to have a significant impact on their business. 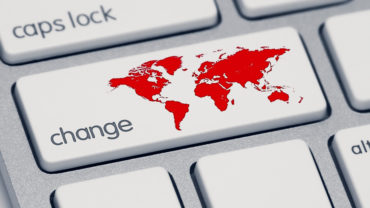 Zurich’s fourth annual global SME survey, titled Potential effect on business of small and medium enterprises (SMEs) due to climate change in 2016, was released on Thursday. It found that heavy rain (22%) and droughts (20%) were seen as the most significant climate change risks for SMEs, while material damage (36%) and business interruptions (26%) were expected to have the most severe impacts on these businesses and are the most difficult risks to protect against.

Besides material damage and BI risks, additional risks that could arise due to climate change included supply chain interruptions, potentially higher costs for energy and water and the impact of climate extremes on employees’ health, according to 14% of survey respondents.

The survey also revealed significant regional differences in terms of how climate change risk was perceived and the potential impact it might have.

SMEs’ managers in the U.S. were most keenly aware of the potential impact climate change could have on the businesses they run, with only 6% expecting no impact, the release said. Over three-quarters of respondents were concerned about the impacts of extremes in precipitation, including the effects of heavy rain and floods, as well as droughts. Only 13% believed that hurricanes and tornadoes posed a high risk. The survey also found that U.S. SMEs were most concerned about the potential impact of climate change on their workforce. More than one-quarter (26%) perceived the health status of their workforce as their second-biggest concern related to a changing climate after material damage that climate change might cause (47% ranked it as the top risk).

When it comes to climate change, Latin American SMEs, like their U.S. counterparts, were most concerned about extreme weather. Downpours and heavy rain were the leading cause of worry for over a third (36%) of SMEs in Latin America; 43% expected material damage would be the most significant result of such risks. Responses from SMEs surveyed in Latin America found that more than one out of five SMEs in that region believed natural catastrophes had the potential to affect their business operations, affecting supply and distribution chains, and causing business interruptions, the release noted.

Unlike SMEs in other regions, those in Asia Pacific were most worried about the impact climate change could have on business continuity; the fear of business interruptions, rather than material damage, was their greatest worry. Over a third (34%) of SMEs in Asia Pacific also reported droughts and heat as likely to have the biggest potential impact on their businesses. That was in contrast to the concerns among SMEs in other regions, where respondents were more worried about events related to increased precipitation.

“The results of this year’s SME survey demonstrate that an overwhelming number of businesses are concerned about the threats and potential impacts that climate change presents, such as business interruption and material damage, and the increased threat of floods, drought and other extreme weather,” said Cecilia Reyes, group chief risk officer at Zurich. “Businesses should take action now to limit these risks, but also identify the opportunities climate change could bring,” she suggested.

More News
Related
SMEs’ cyber risk awareness on the rise: Zurich study
Estimated insured losses for U.S., Caribbean from Hurricane Matthew US$2.5 billion to US$8 billion: RMS
Insurance rates decrease continued to moderate for third quarter in a row: Marsh
Hurricane Harvey likely to be one of the costliest natural disasters on record for U.S. economy: Aon Benfield