The majority of insurance company CEOs in the United States – 79% – are confident about the growth prospects of their organizations over the next three years as they are looking to innovate processes and implement new technologies in response to the rapid disruption of the sector, according to the KPMG U.S. CEO Outlook 2017 survey. 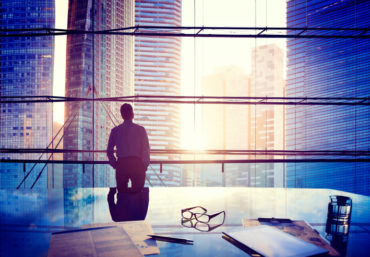 The survey found that 82% of insurance CEOs are looking to disrupt the sector rather than be disrupted by competitors, while 57% see technological disruption as an opportunity rather than a threat, audit, tax and advisory firm KPMG LLP said in a press release. “Insurance CEOs are taking disruption head on by embracing new technologies and adopting new business and operational models,” Laura Hay, KPMG’s national insurance leader, said in the release. “There is a great need to build capabilities that are scalable, agile and sustainable, while meeting customer expectations.”

The majority of insurance CEOs, 83%, believe that there is a great need to scale up business operations and processes to drive growth. However, 59% are concerned that their companies do not have the “sensory capabilities to innovate processes to respond to rapid disruption.”

“The insurance industry is at a critical tipping point, and an enterprise-wide evolution is necessary to effectively compete in the digital age,” suggested Matt McCorry, insurance advisory leader with KPMG. “Understanding how to leverage data into new insights and value, and implementing the right technologies to improve efficiencies and the customer experience, are crucial for future success.”

In this year’s study, insurance CEOs said the top technology-related challenges insurers will face in the next three years include optimizing the use of data analytics and predictive technologies, coupled with building data collection capabilities and reskilling the current workforce. The complexity of implementation is singled out as the top barrier in applying new technologies, while implementing disruptive technologies is a top strategic priority, KPMG added in the release.

On cybersecurity, 69% of the CEOs believe that their companies are somewhat prepared for a cyber event, while the majority, 87%, see the investment in cybersecurity as an opportunity to find new revenue streams and innovate, rather than an overhead cost. “As insurers embark on a digital journey, cybersecurity is becoming increasingly more important to secure ongoing operations,” McCorry added. “Implementing disruptive technologies to minimize cybersecurity risk and foster innovation should be a top priority.”