Eight of 10 Canadians taking part in a survey from Square One Insurance Services Inc. report not properly insuring their belongings while moving to their new homes. 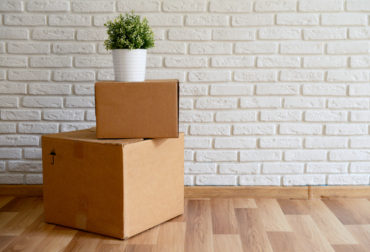 With more than 300,000 Canadians moving to new homes in different provinces each year, Ontario had the largest portion of new residents at 27% in 2016, followed by Alberta at 21% and British Columbia at 20%.

In terms of leaving, Alberta had the largest portion of residents at 24% in 2016 while Ontario followed at 20%.

Square One Insurance noticed an increasing number of people moving between provinces and “believed most people didn’t know that their home insurance policies could cover their belongings while in transit,” reports president Daniel Mirkovic.

Most home insurance providers allow a person to transfer his or her current policy to a new home, notes a statement from the Vancouver-based company, which currently serves British Columbia, Alberta, Saskatchewan, Manitoba, Ontario and Arizona.

“When you transfer your current policy, your personal belongings will be insured while in transit. For example, if the movers accidentally drop and break your television, then your home insurance policy will cover the cost to replace it,” the statement explains.

While a separate policy to cover personal property during the move can be purchased, Square One Insurance explains, this will usually prove more expensive than amending an existing home insurance policy.

In addition, the existing policy “includes critical protection against liability exposures that your family may face. If you let your home insurance lapse and accidentally injury a third party, then you’ll be responsible for any injuries and damages sustained by the third party,” the statement cautions.

If a move to a new location is being considered, Square One Insurance emphasizes it is important to stay informed and have in place the right insurance coverage.

“If you’re moving to a new home and aren’t transferring your current home insurance policy, then you need to ask your new provider if their policy will cover your personal property during the transition,” Mirkovic advises.

“Don’t just assume that’s the case; otherwise, you risk losing your property during the move. Some providers cover the transition, but others don’t.”

More News
Related
Canadians evacuated from homes after a wildfire can expect to suffer $11,300 in financial losses: Square One Insurance
‘No active deals on the table’ to sell minority interest in SGI Canada
Rebuilding after disasters should stress safer, better, Goodale says
Global cyber attacks expected to up demand for related insurance, U.S. market could grow 10-fold: Fitch Ratings