Organizations with standalone cyber insurance policies increased three points from 2016 to 83%, according to the 2017 RIMS Cyber Survey. 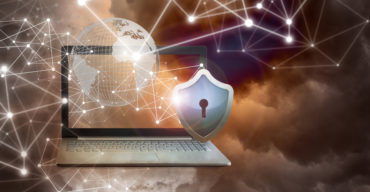 “Risk professionals’ continued to show confidence in standalone cyber insurance policies as the number of practitioners who purchased the coverage increased moderately in 2017,” RIMS, the risk management society, said in a press release on Thursday.

This year’s survey had 288 respondents (up from 272 in 2016), with demographics regarding industry sector, organization revenue and number of employees holding close to 2016 results, RIMS said. The survey was distributed to RIMS membership via an Internet link and was accepted between May 18 and June 25 of this year. When asked primary country of residence, 80% reported the United States and 16% said Canada, with United Kingdom (1%), Denmark (1%) and “other” rounding out the survey.

Key findings include the following:

“At any given moment, cyber-predators can unleash a new hack to infiltrate an organization’s system, steal or lock critical data and cause significant business interruption damages,” RIMS president Nowell Seaman said in the release. “RIMS Cyber Survey shows that risk professionals continue to invest in cyber insurance products and must work in tandem with their insurers and IT professionals to help develop innovative and adaptable solutions for the next generation of cyber threats.”

RIMS is a not-for-profit organization representing more than 3,500 corporate, industrial, service, nonprofit, charitable and government entities throughout the world. The organization has a membership of approximately 11,000 risk practitioners who are located in more than 60 countries.