Almost nine in 10 state and local government IT professionals in the United States are concerned about cyberattacks targeting critical city infrastructure, according to a study conducted on behalf of Tripwire, Inc., a provider of security, compliance and IT operations solutions for enterprises, industrial organizations, service providers and government agencies. 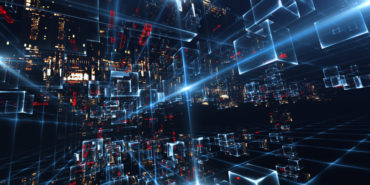 The Tripwire 2016 Smart Cities Survey – Cyber Risks was conducted on behalf of Tripwire by Dimensional Research and included 203 IT professionals working for state and local governments. The study, released on Thursday, assessed cybersecurity challenges associated with smart city technology, Tripwire said in a press release.

Smart cities use IT solutions to manage a wide range of city services, including smart grids, transportation, surveillance cameras, wastewater treatment and more. According to Tripwire, Navigant Research anticipates that global smart city technology revenue will reach US$36.8 billion in 2016. Despite growing profitability in the sector, many cybersecurity experts are wary that smart city technologies are being adopted faster than the technology needed to protect them, the release suggested.

“While smart cities offer great efficiencies for their citizens, the same internet connectivity that enables these efficiencies can be used to deliver physical damage to infrastructure and also cause loss of life if accessed by malicious actors,” said Rekha Shenoy, vice president and general manager of industrial cyber security for Belden, Tripwire’s parent company.

The Tripwire study came one week after researchers from cybersecurity company Kaspersky Lab said that they found multiple “smart” components of modern cities were vulnerable to cyberattacks. In particular, the researchers found vulnerabilities and security deficiencies in digital kiosks, interactive terminals and speed cameras.

“As we use more and more technology to innovate around the management of cities and their infrastructure, we also create new attack surfaces that can be exploited,” said Tim Erlin, director of IT security and risk strategy for Tripwire, in the release. “Protecting public infrastructure from cyber and physical attacks is a key consideration in the evolution of smart city technologies. We need to build smart cities with cybersecurity in mind, not add it as an afterthought.”