A provincial twist on the emergency suspension of limitation periods

While many Canadian courts continue to suspend two-year limitation periods for plaintiffs to file civil lawsuits against insurers and other defendants, Alberta’s clock has started running again as of June 1 – and for claims under the province’s Insurance Act, the clock never really stopped.

In most jurisdictions in Canada, depending upon the legal statute, a claimant has two years to make a claim against an insurer. The clock starts running as soon as a person finds out (or ought to have known) about the loss. But what happens when the deadline falls at a time when courts are closed, or are operating with limited services, during the novel coronavirus pandemic?

In Alberta, the answer to that question turned out to be somewhat convoluted.

As in other provinces, Alberta issued a ministerial order in March 2020 that suspended the limitations periods in various statutes due to the impact of COVID-19. That impact included limited or reduced access to the courts while social distancing rules were in effect to reduce the spread of coronavirus. (The courts in Alberta were never fully closed.)

“We noted that certain statutes were not included in the suspension order, including the Insurance Act,” said a Field Law bulletin in early April, written by lawyer Michael G. Doerksen. “Field Law wishes to clarify that, pursuant to the Public Health Act, the only statutes that could be included in Ministerial Order 27/2020 are those under the authority of the Minister of Justice and Solicitor General. 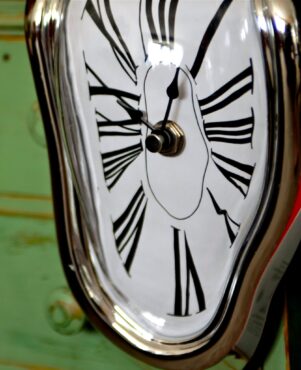 Doerksen confirmed with Canadian Underwriter this week that Alberta’s ministerial order has not been renewed, and so all limitation periods have started to run again, effective June 1. The suspension of limitation periods (excluding those under the Insurance Act) therefore covered the “lockdown” period between Mar. 17 and June 1, 2020.

What happened to insurance claims in Alberta with limitation periods that ended during that period?

“In terms of statutes that were outside that order (my particular interest was the Insurance Act), I did not in my practice observe any claims get limitation-barred during the “lockdown” period,” Doerksen reported in an email to Canadian Underwriter. “Nor did I hear from my clients or colleagues about that happening.”

By comparison, in B.C. and Ontario, both jurisdictions announced emergency orders that suspended all limitation periods — including those established in their provincial insurance acts.

B.C. issued its order on Mar. 26, 2020. “In the context of the insurance industry, the order will suspend the limitation dates within which an insured must commence an action against its insurer – suspending the period within which the insurer may face the risk liability,” as noted in a bulletin issued by Vancouver-based law firm Clark Wilson. “The order has suspended this [two-year] time [limit to sue], meaning that claims that would meet the two-year limitation date on or after Mar. 26, 2020 have not expired and may be brought at a later time.”

B.C. later amended the order to exclude limitations set out in the Builder’s Lien Act, and section of the province’s Strata Property Act that deals with builder’s liens. Bennett Jones LLP issued a bulletin on Apr. 18 saying the exclusion likely related to ensuring that holdbacks can be released. Holdbacks provide security for contractors and subcontractors who supply labour and materials; in addition, they limit the liability of owners who have hired a general contractor. When a claim of lien has been filed against a property, holdbacks cannot be released.

Ontario, meanwhile, suspended all limitations periods established in “any statute, regulation, rule, bylaw or order of the Government of Ontario” retroactively to Mar. 16, 2020. The suspension remains in place until such time as the emergency order has not been renewed.

The province recently extended the application of the emergency orders until June 30, 2020.

An Aird & Berlis LLP bulletin dated Mar. 26 notes that the freeze of time periods applies to limitation periods prescribed by statute, regulation, rule, bylaw or order of the Government of Ontario. It does not, therefore, “apply to contractual limitation periods (e.g. those stipulated in insurance agreements), Canadian federal laws or the laws of other provinces,” the bulletin states.

Still confused about when the limitation periods apply? Best to call a lawyer.