A firm once described by its co-founder as being “on the lunatic fringe” of the insurtech market plans to provide, in Canada, insurance covering consumer items for accidental damage, loss and theft starting next year. 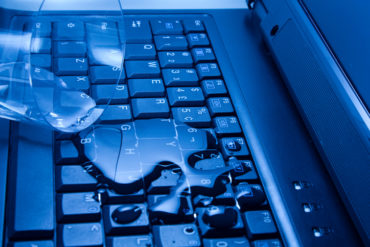 Trov Inc., which is currently an authorized representative of AXA in Britain, says it lets customers “instantly turn insurance on or off for individual items, such as a laptop, camera or bicycle” through a mobile app.

In addition to the United Kingdom, San Francisco-based Trov is also live in Australia, Mark Dowds, the firm’s co-founder and chief strategy officer, said Tuesday at the Insurance-Canada.ca Executive Forum, an annual event held at the Sheraton Centre in Toronto.

Trov has “all the components of an insurance company,” Dowds said during a presentation at Executive Forum, titled Enabling On-Demand Insurance.

“Startup guys don’t like to be told ‘you can’t do it’ because that just makes us want to do it even more,” Dowds said. “I met with most of the major insurers in the U.S. and almost everybody told me you couldn’t do what you are going to do,’ so I was forced to bypass insurers and do it a different way.”

Trov does not have either the capital on its balance sheet or licenses necessary to write insurance, Dowds suggested.

“But we can borrow those, so this enables us to do whatever we want in whatever territory so we have learned how to borrow licenses and borrow capital,” Dowds said. “That has enabled us to bypass the quagmire of the insurance world. We are still working through some of the challenges in insurance companies, point of sale, channel marketing, banking and payments as well.”

One of Trov’s target markets includes young people who do not own vehicles or homes and who do not have contents insurance. During his presentation, Dowds showed attendees a video depicting a woman, whose laptop was insured for accidental damage, spilling a drink on her keyboard while sitting on an airplane. The video shows the woman filing first notice of loss through a mobile app and receiving a replacement laptop in the mail.

“The risk is different from previous generations,” Dowds said. “If they rent their home and they are not in it, it’s probably on Airbnb so there are really blurry lines now between ownership and renting and sharing.”

Trov does not currently place liability insurance but that is something the firm plans to do, due in part to demand from professional photographers looking for coverage while doing photo shoots.

“We are on a massive learning curve at the moment,” Dowds said. “There was a venture capital company that came to us when we were doing the capital raise and they asked me in front of the team, ‘Where would you position yourself in the insuretech market?’ I said, ‘On the lunatic fringe.’ There are a lot of people trying things differently.”

Munich Re – through HSB Ventures – is one of Trov’s funding partners. Trov announced this past April it secured US$45 million in funding, through Munich Re/HSB Ventures and others.

The insurance industry is “going to face massive decline if new products and channels are not established for the younger generation,” Dowds warned. “If they are at work, a lot of the times they are using their own computers or their own gear. When they are working and when it’s commercial and when it’s not – those lines are very blurry. The gig economy is massively on the rise.”

Changes affecting the insurance industry include the “millennial lifestyle,” Dowds said, with young people living in cities and not buying cars, for example.

“Every area of banking has had chunks taken out of it and you are going to see the same happen with insurance,” Dowds said. “It’s only beginning at the moment.”

Noting that billions has been invested into insurtech over the past two years, Dowds advised attendees to “watch where the money flows and then look for seven years – after that is when you see the major change.”