The International Accounting Standards Board (IASB) has voted to propose a one-year deferral of the effective date for IFRS 17 to 2022. 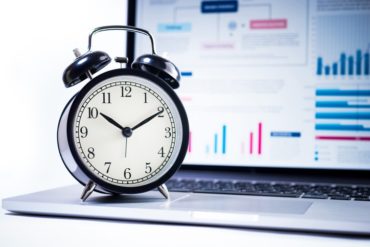 Insurance companies globally have lobbied for the extension as they prepare their transition to the International Financial Reporting Standards (IFRS), a new standard for reporting financial results. The date towards which companies have been working to implement IFRS 17 is Jan. 1, 2021.

“The proposed deferral is subject to public consultation, which is expected next year,” IASB said in a statement posted Nov. 14. “The board expects to discuss the merits of potential amendments to the standard during its December meeting.”

IFRS represents an effort to harmonize international accounting standards so that there is a common global understanding of financial statements and terms. The use of IFRS became a requirement for Canadian public firms in January 2011.

For commercial brokers, placing a client’s risk with a particular insurer is based on a number of factors, including the company’s financial performance. IFRS 17 is going to change what that performance look like.

The new standard significantly changes how insurance companies report their financial results. At a high level, some key features include:

Speaking about the progress of the IFRS 17 transition at the Canadian Insurance Financial Forum (CIFF) hosted by MSA Research Inc. last May, conference panelists were decidedly mixed about the benefits of implementing IFRS 17. Some called the new standard a “cost in search of a benefit,” while others saw an opportunity to bring improved pricing discipline.

However, many were in agreement that the implantation process seemed to moving forward in fits and starts. Companies adopting IFRS 17 should be prepared to play a game of “hurry up and wait,” conference speakers said. Regulators, for example, still need to publish their positions on various assumptions and definitions.

“Although we need to keep the pace up, we also need to have a little bit of patience, because the industry positions need time to coalesce, and the regulatory positions need time to coalesce,” observed Jonathan Turner, senior vice president and chief financial officer of Swiss Re’s Canadian operations. “But you can’t wait until you have final positions before you start, because then you have limited time to do what you need to do, and you’re probably out of time by then.”

IASB said its decision to propose a one-year deferral “acknowledges the uncertainty that arises from the board’s discussions about IFRS 17, while being responsive to comments from stakeholders that implementation should not be unduly disrupted. By making this decision, the board has provided a clear direction, which will help companies with their planning.”

More News
Related
Is your client properly insured for computer crime?
Does CGL’s duty to defend apply to the insurance policy as a whole?
Cyber influence on insurer ratings mostly gradual: Fitch
How commercial insurers are addressing this D&O coverage gap