Adaptation key for insurance industry to remain relevant in a driverless world: LexisNexis

The insurance industry will face some real challenges as driverless cars further develop, with just 26% of polled individuals in the United Kingdom expecting to be served by the industry as it stands today if they owned a driverless car. 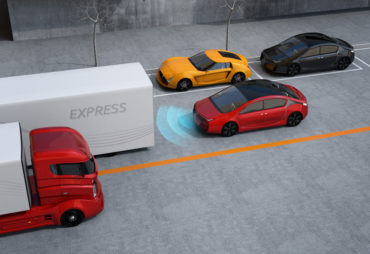 Add to that that 31% of those surveyed also expect cover to be provided at a lower price, note findings from the nationally representative online survey of 1,314 insured drivers and policy decision-makers.

Conducted last year for LexisNexis Risk Solutions by Consumer Intelligence, the poll reflects responses from individuals 18 and older living in the U.K.

If those findings are not enough of a concern to the insurance industry, 8% of respondents report they believe driverless coverage simply will no longer be needed, notes a statement last week from LexisNexis Risk Solutions.

In all, 16% of respondents say they expect their insurance to be provided by a business currently outside of the industry, for example, directly from the car manufacturer, reports LexisNexis, which provides information to help customers across industries and government predict, assess and manage risk.

LexisNexis contends the findings clearly mean “the industry will need to consider how to remain relevant and profitable as technology evolves.”

The survey further indicates technology faces uphill challenges in adoption. “Safety, specifically in higher-risk driving situations such as wet weather and heavy traffic, is the key issue for car manufacturers to overcome,” it notes.

More specifically, 31% of respondents say they anticipate an improvement in safety compared to 29% who say they expect the roads to be more unsafe.

Consumers point to a number of drawbacks:

It is “clear that there’s a gulf to be crossed in terms of consumer opinion,” Bill McCarthy, managing director of U.K. and Ireland Insurance for LexisNexis Risk Solutions, says in the statement.

“It is evident that genuine concerns around safety and ethics exist,” McCarthy notes. “Tackling these concerns and communicating benefits has to be a focus for manufacturers,” he adds.

Other findings from the poll include the following:

“For the insurance industry, significant disruption lies ahead,” maintains McCarthy. “The successful motor insurer of the future, in our view, will be the one that is today seeking to understand how underwriting can keep up with or even pioneer the new car and data technologies, such as telematics,” he suggests.

Though the future for the sector is bright, he reports, “the industry is best served through adaptation and learning from the technologies and capabilities available today.”