Verifying the number of hours a driver uses ridesharing services such as Uber and Lyft could be problematic for underwriters and adjusters, one adjuster told Canadian Underwriter on Wednesday. 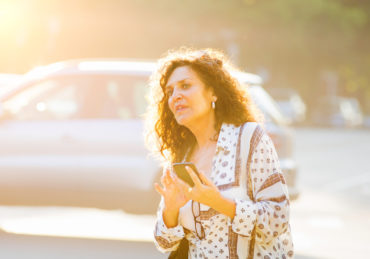 “In the course of their investigation, an adjuster can ask, ‘How many hours a week have you used your vehicle for ridesharing?’” said Marie Gallagher, branch manager with Kernaghan Adjusters in St. Catharines, Ont. “But in reality, how can this number actually be verified?

Similarly, how can the territory in which the vehicle is being used be monitored? “An insured may primarily use their vehicle in a suburb and be rated accordingly, but what if they are driving the people in those suburbs to the airport on Series 400 highways each week?” Gallagher asked. “Greater exposure equals greater risk.”

Gallagher said that there would not likely be much difference adjusting Lyft claims compared to Uber claims.

She said that during the initial intake of a claim and throughout the investigation, it is imperative for an adjuster to clearly determine factors such as:

“Transporting paying passengers opens drivers up to all kinds of liability issues, costs and claims,” she said. “The financial risk to a driver in not taking out additional insurance or concealing that the vehicle is being used for ridesharing far outweighs any potential ridesharing revenue. As such, I think there is going to be an onus on a broker or direct writer to clearly note on the application of insurance that such things (use of vehicle) have been explained in detail to the insured in order to protect the broker in future.”

A provincial regulator advises consumers to find out more information about insurance coverage on the ridesharing company’s website, or to ask municipal officials for more details about the municipality’s ridesharing requirements.

Lyft announced on Nov. 13 that it will be entering the Toronto market by year-end.