Advice for young women looking to get into the broker channel

Ashley Holmes, a 33-year-old operations manager at Roughley Insurance Brokers in Oshawa, Ont., has three pieces of advice for other women looking to get into the insurance industry: 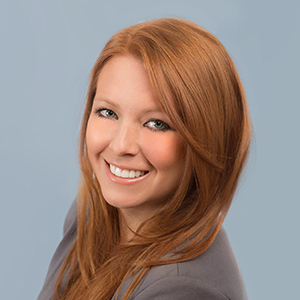 Holmes, the Insurance Brokers Association of Ontario’s 2017 Young Broker of the Year, says existing preconceived notions can be a blow to your confidence, potentially making you feel that you should try to be someone you are not. For example, people might make the false assumption that female brokers are in the industry because their father owns the brokerage, or that female managers in a brokerage could only work in the human resources department.

“When you’re feeling a little intimidated because those preconceived notions are there, naturally you’re going to want to keep quiet,” she said. “Really forcing yourself to speak up in those instances will make a huge difference because that’s where the work will speak for itself. If you can find the courage to speak up, that’s a really important part.”

She said she got comfortable being uncomfortable. “Once I kind of made that motto in my head, it was like, ‘No, I am supposed to be uncomfortable. If I get too comfortable, it’s because I’m not speaking loud enough.’”

Holmes used the example of speaking up at a seminar attended mainly by broker principals where the question was asked: what had you done to implement change in your office? “No one was speaking up,” she said. “This isn’t that I’m just young and female, these are older males and they’re not speaking up either. In that moment, I just barely put my hand up. As soon as I started talking about what we had done, it actually was not as hard as I thought it would be. The work will speak for itself.”

Another important factor is finding a mentor and building a network. “If you can surround yourself with some other confident female leaders who can help you through this and continue building your confidence, that’s a huge part of it,” she said.

Holmes cites personal examples, saying they were not intended to be harmful or malicious. She remembers introducing herself at events for broker principals and being asked, “Oh, does your Dad own the brokerage?” Another time, she told someone she worked on the management side of the brokerage and heard, “Oh, so you do HR type of stuff?

“That can get in your head and you have to [tell yourself], ‘I got here for a reason.’ Over time, it gets easier and easier. The more you speak up, the easier it gets.”