American International Group, Inc. has entered into an agreement to sell its 100% interest in United Guaranty Corporation (UGC) to Arch Capital Group Ltd. for US$3.4 billion, a move in line with AIG’s continuing efforts to streamline operations and better position the company to invest in talent and technology. 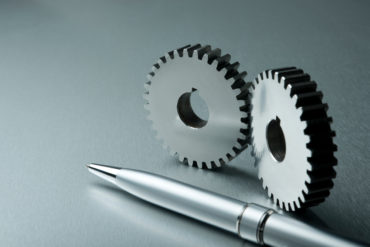 “Subject to regulatory approvals, the purchase price could be reduced by a special dividend of up to US$250 million from UGC to AIG prior to closing,” Arch Capital notes in a separate statement.

“In lieu of receiving the perpetual preferred stock, AIG may elect to receive up to US$250 million in pre-closing dividends, subject to regulatory approval, or Arch may provide additional cash consideration,” AIG points out.

Closing of the transaction – which Arch Capital reports is anticipated in the late fourth quarter of 2016 or early in the first quarter of 2017 – is subject to approvals of the applicable regulators and government-sponsored enterprises.

AIG president and CEO Peter Hancock calls the agreement an important milestone in the insurer’s strategy, announced in Mar. 2015, to become more focused.

At that time, it was noted that selective divestitures would be an important part of reaching that goal.

“We restated that objective earlier this year when we made the IPO and eventual sale of UGC a key part of an updated overall strategic framework for AIG,” reports Hancock (pictured right). (UGC had US$186.4 billion of first-lien primary mortgage insurance in force as of June 30.)

The transaction “puts us in a stronger position to invest in the talent and technology essential to being our clients’ most valued insurer, while we continue to deliver on the promise made by AIG’s Board and management to return US$25 billion to our shareholders by the end of 2017,” he says.

“The deal also maintains our affiliation with the mortgage insurance market and its leading company, through retention of recent business written by UGC and our stake in Arch,” Hancock explains.

Specifically, “AIG will retain all mortgage insurance business ceded under an existing 50% quota share agreement between UGC and AIG subsidiaries for business originated from 2014 through 2016,” notes the AIG statement.

“Based on the closing stock price of Arch on Aug. 12, 2016, the convertible non-voting common-equivalent preferred stock would convert into approximately 9% of the Arch common stock (based on the number of shares outstanding that day),” the press release adds.

“We believe that the companies’ complementary risk management cultures will further accelerate innovation and sound risk management and help us to maximize our best-in-class processes in the specialty insurance space,” Constantine Iordanou, chairman and CEO of Arch Capital Group Ltd., says in the AIG statement.

The agreement means Arch Capital expects to retain a significant presence in North Carolina while maintaining its existing mortgage insurance operations based in California, and to combine the companies’ global operations in Europe, Hong Kong and Australia, the company press release adds.

With the acquisition, Iordanou (pictured right) says, “our mortgage insurance segment expands and complements our strengths in the specialty insurance and reinsurance businesses, which continue to be central to our global, diversified operations.”

“Additionally, Fitch has affirmed the Insurer Financial Strength (IFS) ratings of ACGL’s various subsidiaries at ‘A+’. The Rating Outlook is Stable,” notes a statement from the rating firm.

The affirmation of IFS ratings follows the announcement that Arch Capital entered into an agreement to acquire UGC for total consideration of US$3.4 billion (about 64% cash and 36% stock).

“Fitch views the transaction as a slight credit negative to ACGL in the near term given the execution and integration risk inherent in an acquisition, as well as the increased financial leverage post-merger,” a company statement explains.

“Successful execution of this acquisition could provide longer-term positive credit benefits related to the increased size/scale of the mortgage insurance business and the diversification of earnings and business profile,” Fitch adds.

This past January, A.M. Best placed under review with negative implications the issuer credit rating (ICR) of American International Group, Inc. and the financial strength ratings (FSR) and ICRs of its insurance subsidiaries.

“The under review status reflects the strengthening of loss reserves in AIG’s non-life business by US$3.6 billion during the fourth quarter of 2015, primarily reflecting adverse development on prior accident years in longer-tailed lines of business,” the rating agency reported.

“This quarter’s results, while falling short of expectations due to market volatility, show signs that we are making progress to transform AIG for long-term competitiveness,” Hancock noted then.

“Our strategy focuses on four major objectives: to narrow our focus on businesses where we can grow profitably, drive for efficiency, grow through innovation and optimizing our data assets, and return excess capital,” he said.

In early August, AIG reported net income of US$1.9 billion for 2016 Q3 compared to US$1.8 billion in the prior-year quarter.