American International Group Inc. (AIG), IBM and Standard Chartered Bank plc announced on Thursday that they have successfully piloted what they are calling the “first multinational ‘smart contract’ based insurance policy using blockchain.” 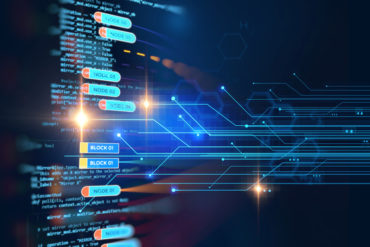 Working together, AIG, IBM and international banking group Standard Chartered Bank converted a multinational, controlled master policy written in the United Kingdom and three local policies in the United States, Singapore and Kenya into a “smart contract” that provides a shared view of policy data and documentation in real-time. “This also allows visibility into coverage and premium payment at the local and master level as well as automated notifications to network participants following payment events,” IBM explained in a press release. “The pilot also demonstrates the ability to include third parties in the network, such as brokers, auditors and other stakeholders, giving them a customized view of policy and payment data and documentation.”

The solution involving blockchain, a distributed ledger technology, creates “a new level of trust and transparency in the underwriting process,” enabling AIG and Standard Chartered to execute multinational coverage more efficiently, the release said, noting that that coordinating management and placement of multiple insurance policies across multiple countries is highly complex. The pilot solution was built by IBM and is based on Hyperledger Fabric, a blockchain framework.

The release reported that the three parties chose to execute this initiative in one of the most complicated areas of commercial insurance – multinational risk transfer – to better understand blockchain’s potential to reduce friction and increase trust in other areas of the insurance value chain.

“Our pilot proves blockchain has a powerful role to play in the future of insurance,” said Rob Schimek, CEO of commercial at AIG. “Any technology, including blockchain, that can increase trust and transparency for an industry whose pillars are built on that, should be fully explored. We’re excited to be delivering innovation that matters to our clients – and co-developing key components of this new technology together.”

According to the release, “blockchain, an immutable, security rich and transparent shared digital ledger, provides a single view of truth across all participants while simultaneously providing selective visibility to participants based on their credentials.” It provides the ability to record and track events and associated payments in each country related to the insurance policy and no one party can modify, delete or even append any record without the consensus from others on the network. “This level of transparency helps reduce fraud and errors, as well as the need for the parties to contact each other to view policy and payment data and the status of policies,” the release said.

Emily Jenner, head of insurable operational risk at Standard Chartered, said that “as a global bank, we have to ensure consistent, trustworthy and secure financial transactions, be that as part of our business or as customers ourselves. By creating a process by which we can arrange multinational insurance contracts through blockchain, we not only have transaction security but contract certainty across multiple business locations.”

Marie Wieck, general manager of IBM Blockchain, added that “there is tremendous opportunity to apply advancements in blockchain technology to transform the insurance industry. By creatively leveraging smart contracts to help address tough regulatory requirements across different markets, we are seeing the enormous impact blockchain can have to improve efficiency and open up new business models.”

The multinational “master policy” is written out of London and for the pilot, three local policies were chosen that cover the U.S., Kenya and Singapore. These three jurisdictions were chosen because the U.S. is a large and complex market, Singapore is a growth market for Standard Chartered and Kenya has a specific regulatory requirement, known as “cash before cover,” meaning that cover must be paid for before it is valid. “We chose these three territories because of their importance to Standard Chartered and also because of their regulatory complexity, so that we could fully test how blockchain technology might make these contracts work more efficiently,” said Jenner.

The announcement of the multinational smart contract came one day after Allianz Risk Transfer AG (ART) and Nephila Capital Limited reported that they successfully piloted the use of blockchain smart contract technology for transacting “cat swaps and bonds.” Cat swaps and bonds are financial instruments that transfer a specific set of risks, typically natural disaster risks like hurricanes or typhoons, from an insurer to investors or other insurers using triggers with defined parameters, ART explained in a statement on Wednesday.

When a triggering event occurs that meets the agreed conditions, “the blockchain smart contract picks up the predefined data sources of all participants, and then automatically activates and determines payouts to or from contract parties,” ART said.