American International Group Inc. said Friday it “expects a material prior year adverse development charge” during the three months ending Dec. 31, 2016 and that National Indemnity Company (NICO) has agreed to reinsure 80% of losses on certain reserves for accident years 2015 and prior. 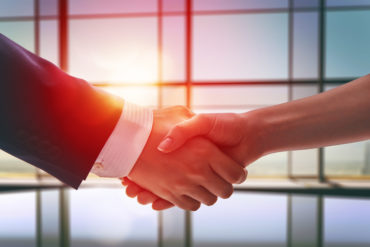 A “binding term sheet for an adverse development reinsurance agreement” is effective Jan. 1, 2016, New York City-based AIG said in a release. That agreement is “subject to receipt of any required regulatory approvals, execution of definitive transaction documentation and satisfaction of other conditions,” AIG noted, adding the agreement “covers 80% of substantially all of AIG’s U.S. commercial long-tail exposures for accident years 2015 and prior, which includes the largest part of AIG’s U.S. casualty exposures during that period.”

National Indemnity Company is a subsidiary of Omaha, Neb.-based Berkshire Hathaway Inc. AIG is agreeing to pay NICO $9.8 billion payable by June 30, 2017, with interest at 4% per annum from January 1, 2016. All figures are in United States dollars.

“NICO is assuming 80% of the net losses and net allocated loss adjustment expenses on the subject reserves in excess of the first $25 billion and NICO’s overall limit of liability under the agreement is $20 billion,” AIG stated. “This provides material protection to policyholders against adverse developments beyond current reserve levels.”

“A significant portion of the Non-Life Insurance Companies’ reserves are for the U.S. commercial casualty class, including excess casualty, asbestos and environmental, which tends to involve longer periods of time for the reporting and settlement of claims than other types of insurance and therefore may increase the inherent risk and uncertainty with respect to our loss reserve development,” AIG added at the time.

For 2016, AIG said on Jan. 20, 2017 that its “fourth quarter reserve review is being finalized and the results of this review will be included in the company’s year-end financial results.”

Of its reinsurance agreement with NICO, AIG “will retain sole authority to handle and resolve claims” while NICO “has various access, association and consultation rights,” AIG reported Friday.

“This decisive step enables us to focus firmly on the future and build on the progress we’ve made in transforming AIG,” AIG president and CEO Peter Hancock stated in a release. “The agreement supports our stated strategy and gives us additional risk capacity to serve our clients and return capital to shareholders.”

AIG announced Sept. 16, 2016 that it agreed to sell its interest in Ascot Underwriting Holdings Ltd. plus its syndicate-funding subsidiary Ascot Corporate Name Ltd. to the Canada Pension Plan Investment Board.

Then in October, AIG announced it would sell – to Toronto-based Fairfax Financial Holdings Ltd. – its commercial and consumer insurance operations in Argentina, Chile, Colombia, Uruguay, Venezuela and Turkey.