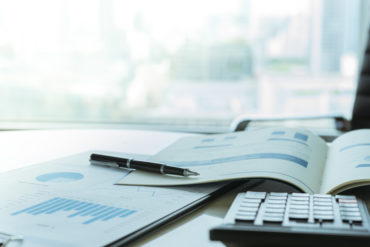 AIG announced Monday a US$5.56-billion agreement to acquire Validus Holdings Ltd., a Hamilton, Bermuda-based firm which is in the reinsurance, commercial primary and crop insurance businesses.

Talbot Underwriting, a Validus subsidiary that writes marine, aviation, political risk and other commercial lines through Lloyd’s Syndicate 1183, had employees in Toronto as of Dec. 31, 2016. Validus could not be reached for comment Monday.

“I just think generally there is a different posture by the current CEO with respect to optimizing business mix,” Tracy Dolin, an analyst with S&P Global, observed in an interview Monday with Canadian Underwriter.

Duperreault, a former CEO of both ACE Limited and Marsh & McLennan Companies Inc., has led AIG since May. His predecessor, Peter Hancock, had resigned. At the time, AIG’s commercial primary P&C revenues were in decline and the firm was selling various operations, including P&C subsidiaries in Latin America and Turkey to Toronto-based Fairfax Financial Holdings.

“I have been interested in getting a Lloyd’s platform,” Duperreault said Monday. “We don’t have one and I think it is an important strategic asset to any general insurance company.”

The Validus Talbot subsidiary is the eleventh largest Lloyd syndicate, Peter Zaffino, AIG’s global chief operating officer, said in a conference call Monday. Other subsidiaries write reinsurance, crop insurance and commercial specialty lines. About 3% of AIG’s premiums would be from reinsurance if the Validus deal goes through, Zaffino said Monday.

Validus has research staff in Toronto and Waterloo, Ont. but it is not clear what effect, if any, the deal will have on the Canadian operation. AIG expects the deal to close this summer but this requires approval from Validus shareholders as well as from regulators. The Validus and AIG boards voted in favour of the deal.

AIG declined to comment on what it plans to do with the Validus Canadian operations.“We do not anticipate a wholesale integration of the Validus operations into our own business,” said Zaffino.

Validus Research has teams in Canada and the U.S. dominated by experts in atmospheric sciences, seismology, civil engineering, mathematics and statistics, the company reports on its website.

“Their ability to assess property risk through proprietary cat modelling is just one example of how they have leveraged research and analytics to enhance underwriting profitability,” Duperreault said Monday of Validus.