Catastrophe risk modelling firm AIR Worldwide announced on Monday that it has expanded the capabilities of its terrorism risk model to support scenario testing for the United States and 27 other select countries, including Canada, to help companies assess the impact of different attack scenarios on their portfolios and better manage their global terrorism risk. 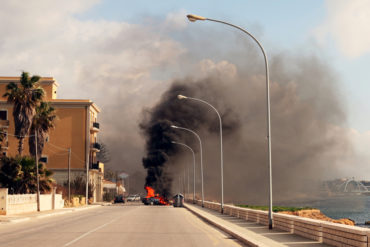 “The AIR terrorism model now supports deterministic modelling of conventional weapon attacks in countries across the globe,” said Shane Latchman, assistant vice president at AIR Worldwide, in a statement. “In addition, in this latest release, estimates of the frequency of attacks in AIR’s probabilistic U.S. terrorism model have been updated to reflect the current threat. Together, the updated model provides a comprehensive view of the global terrorism risk landscape, Latchman said in the statement.

AIR said in the statement that users can select a property from within their own portfolio, one of the targets in AIR’s U.S. landmark database, or any user-identified target and then select a weapon type, such as a truck bomb, to test “what if” scenarios. “AIR has developed robust damage functions to help companies understand the impact on their insured exposures given the size of the blast and urban density indices,” the statement said. “The loss estimation functionality complements existing accumulations management capabilities within Touchstone, including dynamic ring analysis, for property and workers’ compensation exposures.”

To estimate attack frequencies, the probabilistic AIR U.S. terrorism model incorporates newly updated and detailed operational threat assessments made by a team of counterterrorism experts with decades of experience working for the Federal Bureau of Investigation, Central Intelligence Agency, United States Department of Defense and other government bodies. And AIR has updated its comprehensive database of potential targets to include additional U.S. corporate headquarters, professional sports stadiums, prominent buildings and hotels. The database of more than 64,000 targets includes approximately 100 “trophy” targets associated with a higher probability of attack, the statement added.

AIR, a Verisk Analytics business, has also recently integrated terrorism risk index maps from sister company Verisk Maplecroft as a hazard layer into Touchstone. The indices provide an assessment of terrorism risk at a subnational level based on terrorism incident data and severity of attacks during a specific reporting period.