Most Airbnb hosts not registered in Quebec, one year after law took effect

The majority of Quebecers who list their properties on Airbnb and other home rental websites are not registering with the province, just over a year since it implemented a law regulating them, new data suggests. 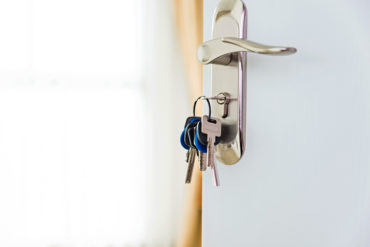 The province’s Tourism Department says it issued 967 permits for rental hosts out of 2,244 applications in the year since the law took effect on April 15, 2016.

There were 19,400 Airbnb hosts in Quebec in 2016, according to the company’s data, and that doesn’t include people who rent out their homes on other websites such as VRBO and Kijiji. That would suggest a compliance rate of less than five per cent among Airbnb hosts alone.

The law, the only one of its kind in Canada, requires people who rent out accommodations for no more than 31 consecutive days to have a permit and pay a hotel tax.

Airbnb and the provincial government have been in discussions about changing the law. As an example, company spokesman Christopher Nulty pointed to Philadelphia, where hosts who rent a dwelling for 90 to 180 days must pay for a permit but those who host for fewer days are exempt.

Jean-Pierre D’Auteuil, a spokesman for Quebec’s Tourism Department, said there are already exemptions. People who rent accommodations out during a specific festival or tourist event are allowed to do so once a year without registering, as are people who rent out their homes when they are away at a cottage.

Many Airbnb hosts don’t require certification because their activities fall within those exemptions, D’Auteuil said.

But according to data from Airbnb, the median number of nights Quebec hosts rented their listings was 30 last year, indicating more frequent activity.

The hotel industry has often complained that Airbnb and other similar companies eat into their business and have an unfair leg up because their hosts don’t face the same strict regulatory requirements, like taxes and safety measures.

Nulty says Airbnb doesn’t take issue with its hosts having to pay taxes. He says Airbnb would support more stringent registration and regulatory requirements for people who rent a second home or vacation property, adding that such hosts account for a small part of its business.

D’Auteuil said the Tourism Department is continuing discussions with various groups and examining potential improvements to the law, but he declined to say whether the government would be open to setting different regulations for hosts based on how often they rent spaces.