With Vancouver City Council voting to approve new regulations for short-term rentals, including Airbnb, and Toronto considering the move, the question remains: who is insuring these rentals? 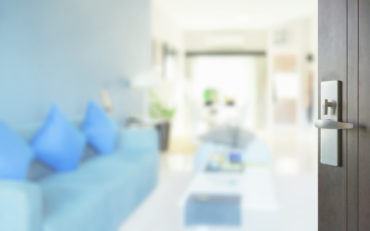 Samantha Lapedus, manager of communications with Wawanesa Mutual Insurance Company, said on Monday that Wawanesa offers a product to cover short-term rentals. The Short Term Rental Insurance product, launched this past spring, covers homeowners and condominiums for rental periods 30 days of less and seasonal homeowners property for rental periods 60 days or less. (Vancouver is legalizing rentals of less than 30 days in principal residences in the city; secondary suites, laneway homes and investment properties can only be rented short-term by a principal resident, which may include a long-term renter).

Wawanesa’s policy covers theft and attempted theft caused by tenants and their guests; damage caused by tenant vandalism; theft or damage to tenant’s property up to $1,500; and fair rental value.

For its part, Canada’s largest p&c insurer, Intact Financial Corporation, does not offer a “specific product for this type of occupancy,” a spokesperson for the insurer told Canadian Underwriter. “We understand short-term rentals are gaining popularity and we’re following this closely,” the spokesperson added.

Starting Feb. 1, Aviva Canada announced insurance coverage for homesharing across the country. The insurer’s coverage includes an add-on to an existing Aviva Canada homeowner policy or standalone coverage for a secondary income property rented to short-term guests year-round (such as a cottage or house/condo).

Vancouver’s regulations were brought forward by city staff last June to address the more than 6,000 illegal short-term rentals currently operating in the city. The city estimates that at least 70-80% of existing listings will be able to operate legally as of April 2018, when the regulations come into effect. At least 1,000 of the currently illegal rentals are not principal residences and would not be supported as short-term rentals under the new regulations.