Just days after the Alberta government announced a task force to provide recommendations on climate technology to help transition to a lower-carbon economy, it has appointed a three-member expert panel to meet with those affected by the transition away from coal-fired electricity generation. 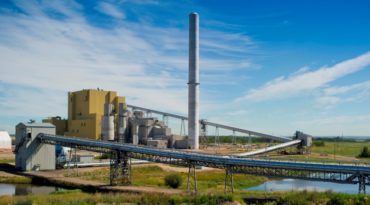 The panel will meet with community, labour and industry leaders in regions affected by the transition, the Ministry of Economic Development and Trade said in a statement on Thursday. In particular, the Advisory Panel on Coal Communities will begin discussions with workers most affected by the retirements of coal-fired generation plants and associated mining operations, including those in and around Parkland and Leduc Counties, Forestburg and Hanna.

The panel is expected to report back to government early in 2017 with options, advice and recommendations for supporting community transition.

The panelists – Ritu Khullar, Ken Delaney and Kerry Jothen – have decades of combined experience working with government, labour and industry, responding to sector-based changes and transitions, the ministry reported. Khullar is managing partner at Chivers Carpenter Lawyers, with her practice focused on litigation relating to labour and employment, privacy, administrative, human rights and constitutional law. Delaney is a partner at Prism Economics and Analysis and the executive director of the Canadian Steel Trade and Employment Congress. Jothen has 38 years of experience in various human capital roles, including the last 15 years as CEO of Human Capital Strategies and over 4 years as CEO of the Industry Training & Apprenticeship Commission.

In addition to the facilitated consultations, Albertans can share ideas for the transition from coal-fired electricity using the online feedback form at alberta.ca/coal-communities.aspx or by writing a letter to the panel at: Advisory Panel on Coal Communities, 13th floor, Commerce Place,10155 – 102 Street, Edmonton, AB T5J 4G8.

On Monday, the government appointed a task force to provide recommendations on targeting investments in climate technology to help transition to a lower-carbon economy. The independent task force will conduct targeted, regionally dispersed, invitation-only engagement sessions with knowledgeable innovation and technology stakeholders in Alberta; focus on the innovations and technologies that can contribute to a global low carbon economy; provide recommendations on specific outcomes for a climate change technology framework; deliver advice on how Alberta’s research and innovation system could support provincial climate change technology objectives; and provide recommendations for how to effectively demonstrate value (economic, environmental, and social) derived from long-term clean/green technology within the short- and long-term.

It will also provide a written report to the government at the end of November, summarizing its findings and providing a recommended approach for a provincial climate change innovation and technology framework.

Coal-fired electricity is one of the most emission-intensive forms of electricity generation and one of the highest man-made sources of air pollution. Today, Alberta produces more coal pollution than all other Canadian provinces combined, the information said.