EDMONTON – Wildfires and too much rain this year will put a $30-million dent in Alberta’s finances.

The United Conservative cabinet has declared official disasters in some communities to free up money to cover damage caused by the flames and local flooding. 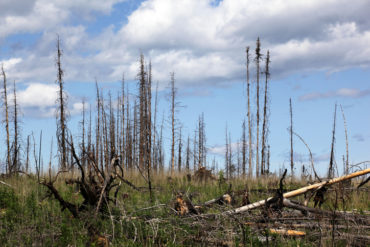 The disasters include wildfires that damaged the Buffalo Lake Metis Settlement, Lamont County and Mackenzie County.

The Municipal Affairs department says the disaster recovery program will include $12.2 million for preliminary claims submitted by the communities.

The remaining cash will go to repairing damaged roads, highways and infrastructure.

The government says it could take up to five years to determine the exact costs.

This report by The Canadian Press was first published Oct. 3, 2019.