The Government of Alberta has announced that it will “look at implementing changes” to impaired driving legislation in the province following a recent Court of Appeal of Alberta decision. 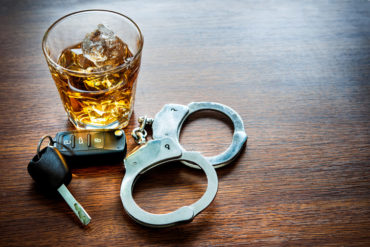 On May 18, 2017, the Court of Appeal ruled that part of the province’s current impaired driving sanctions are unconstitutional, Alberta Justice and Solicitor General noted in a statement last week. Specifically, the ruling stated that suspending licences until a matter is resolved in court infringes on an individual’s rights under the Canadian Charter of Rights and Freedoms.

“The immediate problem observed with the administrative licence suspension provisions is that they appear to be inconsistent with certain presumptions of criminal justice,” the decision stated, adding that Section 88.1 of the Traffic Safety Act was declared “of no force or effect.”

Alberta Justice and Solicitor General said in the statement that it is not appealing the court’s decision in Sahaluk v Alberta and will be “exploring other legislative models and strategies across Canada.”

“We will be looking at other legislative models across the country to see which initiatives have been most effective in saving lives,” Kathleen Ganley, Minister of Justice and Solicitor General, said in the statement. “We want to ensure that our laws reduce impaired driving and are also upheld in court.”

The court is allowing the current sanctions to remain in place until May 2018, the ministry said, which means police officers are still able to suspend licences in impaired driving situations.

The Government of Alberta also plans to have ongoing conversations with key stakeholders before bringing any new impaired driving legislation forward.

Chief Const. Roger Chaffin, a representative for the Alberta Association of Chiefs of Police, said that the association supports the action of the government on this matter. “Impaired drivers threaten the safety of every other person on the road with potential death or serious injury, and administrative licence suspensions were an immediate way to address the threat,” he said. “We are optimistic that the government will find a legally acceptable resolution to this issue in the very near future.”

According to statistics from Alberta Transportation’s Office of Traffic Safety, there were 85 alcohol-related motor vehicle fatalities in 2015, up from 68 in 2014 and 80 in 2013.

In 2012, the provincial government amended the Traffic Safety Act so that drivers with a blood alcohol concentration over 0.08 or those who refuse to provide a breath sample would have their driver’s licence suspended until the criminal charge is resolved.