Alberta has become the latest province to draft framework to manage cannabis legalization ahead of the federal government’s plans in July of 2018. 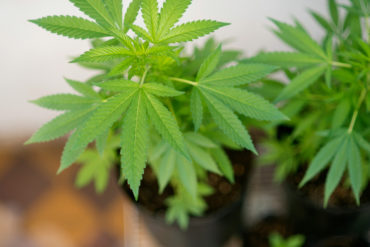 Albertans are invited to provide feedback on the draft framework by midnight MT on Oct. 27. A final version of the framework and legislation is expected to be introduced later this winter, Alberta Justice and Solicitor General said in a statement earlier this week.

“I’d like to thank every Albertan who participated in our various engagements regarding cannabis legalization over the summer,” said Kathleen Ganley, the province’s Minister of Justice and Solicitor General. “With your input, we’ve drafted a proposed framework to manage legalized cannabis in our province. We look forward to receiving additional feedback from Albertans on this framework.”

Alberta Justice and Solicitor General reported in the statement that more than 45,000 Albertans responded to the online survey this summer – “one of the most successful government surveys in Alberta’s history.” The government also completed meetings with over 100 stakeholder and sector groups, including Indigenous groups, private industry, municipalities, AGLC, healthcare providers, law enforcement and members of the transportation and labour sectors.

Advocacy group Mothers Against Drunk Driving said that they want the province to sell marijuana through government stores – at least in the short-term – “to ensure public safety before profit,” the Canadian Press reported on Thursday. And although the Alberta Medical Association declined comment, it “has made it clear it strongly disagrees with setting the legal age at 18 instead of 21,” the Canadian Press said.

On Thursday, Nova Scotia’s Department of Justice reported that people in the province are being asked to share their thoughts via online survey until Oct. 27. The province is asking for input on issues including the legal age to purchase and use recreational cannabis, where it can be purchased and where it can be used.

Other provinces have release their own frameworks. On Sept. 8, the Ministry of the Attorney General reported that the Liquor Control Board of Ontario will oversee approximately standalone cannabis retail stores. Among Ontario’s proposals are: a proposed minimum age of 19 to use, purchase and possess recreational marijuana; online distribution available beginning July 2018 using the “same delivery safeguards that exist now for online alcohol sales,” including ID checks, signatures upon delivery and no packages left unattended at the door; and focusing on “prevention, diversion and harm reduction without unnecessarily bringing them into contact with the justice system” for youth under 19.

One week after Ontario’s framework, New Brunswick’s Department of Finance and Health announced that a Crown corporation had been established to oversee the sale of non-medicinal cannabis in the province. The departments also reported that the government had secured suppliers of cannabis for the recreational-use market; Organigram and Canopy Growth Corp. will partner with the provincial government.