OTTAWA – The Alberta wildfires torched the Canadian economy in May, driving the country into its worst one-month performance since the darkest days of the Great Recession. 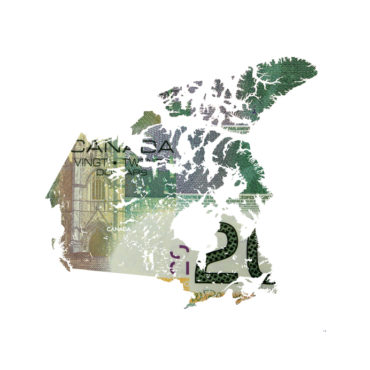 On Friday, Statistics Canada’s latest reading for real gross domestic product showed a contraction for the month of 0.6 per cent, a number that revealed the extent of the economic fallout caused by the blazes that roared through the heart of oilsands country.

The dip in the economy was a little deeper than expected. Economists had predicted real GDP to recoil 0.4 per cent, according to Thomson Reuters.

The number, Canada’s worst monthly figure since real GDP fell 0.8 per cent in March 2009, supported the already-dismal growth prospects for the second quarter.

The wildfires led to the evacuation of Fort McMurray, destroyed more than 2,000 structures and shut down key crude operations.

The decline in real GDP for May was largely due to a 22 per cent drop in non-conventional oil extraction, which Statistics Canada said was the sector’s lowest level of output since May 2011.

The agency said the disaster was the main contributor to the 6.4 per cent drop in the overall natural resources sector and the 2.8 per cent decline in the output of all goods-producing industries.

Manufacturing output was also hurt. The industry was knocked back 2.4 per cent in May in large part due to a 15 per cent drop in output at petroleum refineries, which was created by a shortage of crude oil.

Even without the negative consequences of the fires, the economy still had disappointing results in other sectors.

Excluding the decline in non-conventional oil extraction, real GDP moved backwards in May by 0.1 per cent, Statistics Canada said.

CIBC chief economist Avery Shenfeld pointed to a weakness in capital spending by businesses, a letdown in exports and a decline in construction.

“There were fires raging in Alberta, but the rest of the economy wasn’t so hot,” said Shenfeld, who suggested the feeble number for May should be put into perspective.

“Excluding that one (non-conventional oil) sector, GDP was down 0.1 – that is not the worst month we’ve seen.

“You have to, when there’s a single event like that, strip it out because we know that (oil) production will partly rebound in June and then be back more materially in July. So, a one- or two-month disruption isn’t really indicative of the trend.”

The May headline number for real GDP followed a slim economic growth reading of 0.1 per cent in April. Before that, the Canadian economy limped through contractions of 0.2 per cent in March and 0.1 per cent in February.

After growing at a sturdy annual rate of 2.4 per cent in the first quarter, the economy is widely expected to churn out a significantly worse result in the second quarter.

Earlier this month, the Bank of Canada predicted the impact of the wildfires to fuel a contraction of one per cent in the second quarter, a period that includes April, May and June.

The central bank estimated the blazes trimmed 1.1 percentage points from second quarter growth. In April, before the wildfires, the bank had forecast the economy would grow in the quarter by one per cent.

Looking forward, however, the bank also predicted a “marked rebound” in the third quarter thanks in part to the resumption of oil production and rebuilding efforts in the region. It projected third quarter growth to reach 3.5 per cent.

The bank said it also expects that third quarter bounce back due in part to the federal government’s measures to enhance child benefits, which will support household consumption, and its commitment to boost infrastructure spending.

More News
Related
CIBC economist tells insurers how investment returns could be affected by ‘things that go Trump in the night’
Timing of economic rebound from Alberta wildfire hard to forecast: Poloz
$5.3 billion to be re-invested in Alberta economy over three years to rebuild Fort McMurray: Conference Board of Canada report
Economic growth blows past expectations in May, powered by energy industry