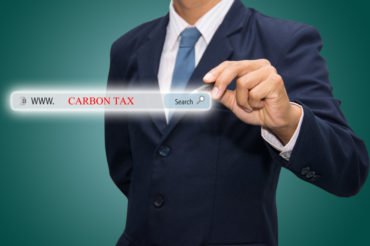 Notley told the house Wednesday that Bill 20 contains rules surrounding search warrants that are commonplace in Canada, and she accused the Wildrose party of fomenting fear.

“The opposition is taking language that has appeared in government legislation provincially and federally for years and they’re suggesting that we invented it to create a new right that quite frankly doesn’t exist,” said Notley.

“If that’s not fear mongering, I really don’t know what is.”

Bill 20, introduced Tuesday, is designed to give Notley’s government the legal power to hike taxes on heating bills and gas at the pumps to fund its new multibillion-dollar carbon levy, starting in 2017.

Farmers, for example, will be exempt from the carbon gas price hike on top of the 9 cents a litre discount they already receive under the Alberta farm fuel benefit.

The discounted farm gas is restricted to vehicles related to farm activity.

Farmers need to obtain permits and cannot use the discounted gas for off-farm pursuits, such as recreational vehicles.

Under Bill 20, officials who believe there are breaches of the levy can get a search warrant to go on properties, check fuel tanks, vehicles, buildings and computer hard drives.

If they feel that someone is at immediate risk of harm or evidence might be destroyed they can proceed without a search warrant, but a search warrant or the owner’s permission is needed to get into someone’s home.

Wildrose critic Nathan Cooper told the house that Notley is violating the sanctity of property and privacy that she once fought for in opposition.

“Surely the premier would agree that any legislation that gives the government the right to enter virtually any property without a warrant is a step too far,” said Cooper.

Outside the house, Progressive Conservative Leader Ric McIver said he will fight to amend or remove the search provisions in the bill.

“It’s very offensive and it’s something that needs to be fixed,” said McIver.

Bill 20 fulfils a promise made by Notley to bring in a program to fight climate change and give Alberta more credibility on the international stage when it fights for oil and gas infrastructure such as pipelines.

The government estimates the levy will cost the average family $400 or more a year in direct and indirect costs, with much of that rebated to households in the middle and lower-income bracket.

The fund, along with levies on large industrial emitters, is expected to bring in more than $9 billion to the government over the next five years to fund green projects such as expanded public transit.