So far this year, use of alcohol or drugs was a contributing factor in more than one-third of fatal vehicle crashes on roads patrolled by the RCMP in New Brunswick, the police force said in a statement on Friday. 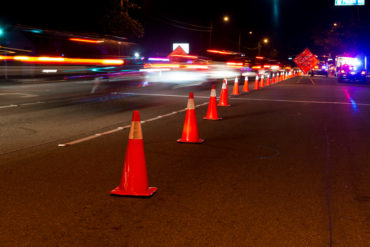 Statistics so far this year showed that alcohol or drugs were a contributing factor in 20 of the 55 fatal crashes on roads patrolled by the RCMP in New Brunswick, the N.B. RCMP said in a statement. Those 55 crashes have resulted in 60 deaths, the RCMP reported.

As part of National Safe Driving Week from Dec. 1 to 7, the RCMP in New Brunswick participated in National Impaired Driving Enforcement Day on Saturday.

“Every driver can make the choice not to drive while impaired,” said S/Sgt. Gilles Blinn with the N.B. RCMP. “National Impaired Enforcement Day is an opportunity for police to interact with drivers during checkstops and remind them that driving while impaired can result in a crash that seriously injures or kills someone, including them.”

On National Impaired Driving Enforcement Day, RCMP officers in the province set up checkstops throughout the day to not only look for impaired driving, but to also make sure that drivers’ vehicle registration, safety inspection information and insurance are all up-to-date.

The statement noted that despite the checkstops, “motorists are continuing to put themselves and others at risk.” For example, on the weekend of Nov. 12 and 13 in Moncton, Codiac Regional RCMP arrested seven people for impaired driving; all were detected during checkstops.

For the month of December, the RCMP in New Brunswick will be using social media to remind motorists and passengers of the importance of driving sober.