Allianz SE announced on Friday that it has recently made a “strategic investment” in Lemonade Insurance Company, a New York-licensed renters and homeowners insurer powered by artificial intelligence and behavioural economics. 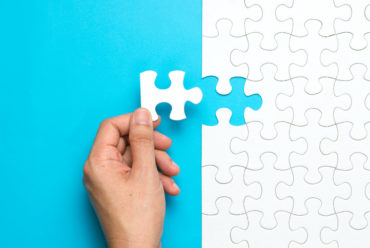 “The partnership ties in neatly with our digitization focus,” Allianz said in a statement. “After all, insurance technology – or insurtech for short – promises to revolutionize the industry.”

Details of the investment were not disclosed.

But Allianz chief digital officer Solmaz Altin and Lemonade CEO and co-founder Daniel Schreiber did discuss the partnership in the statement. Altin said that Allianz looked broadly at the insurtech space and was “thrilled to see Lemonade’s big ambitions.” Lemonade is looking to improve the insurance value chain, he pointed out, predicting that “greater efficiency and transparency will change the way people think about insurance… for the better.” Schreiber said that Allianz is committed to innovation and he was “impressed by how open they were to rethinking, reinventing and learning from others. It’s very much in line with the culture we are trying to adopt at Lemonade.”

Schreiber said that this was the “first meaningful step in what we hope will become a long, fruitful and strong relationship. I believe we will find many ways to build on that foundation over the coming months and years.” Noted Altin: “We will look for ways to collaborate, respecting the fact that Lemonade is a small company confronting a large, challenging market in the United States. There are potential synergies and our partnership will allow us to explore our joint potential over time.”

In late December 2016, Lemonade filed for a licence in 46 states and the District of Columbia in the U.S., in addition to New York, where it was licensed in September. The three remaining states – Mississippi, Washington and Wyoming – have strict statutory waiting times, Lemonade said at the time, and the insurer plans to file there once these times have been met. Lemonade also said that it “hopes to become available to 97% of the U.S. population during 2017.”

It reported on its website that it takes “90 seconds to get insured” and “three minutes to get paid.” Media reports in January even cited a case where a claim for a lost jacket was allegedly paid in just three seconds after a Lemonade bot reviewed the claim and ran numerous anti-fraud algorithms on it before approving the claim and sending wiring instructions to the customer’s bank.