Allianz Group has reported total third-quarter revenues of 28.3 billion euros, up 2.1% from 27.7 billion euros in the prior-year quarter. 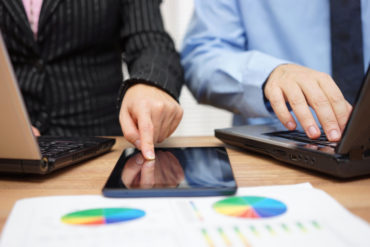 Allianz, which offers insurance and fund products to over 86 million customers in more than 70 countries, reported a 2.5 billion euros operating profit in the most recent quarter, the insurer said in a statement on Thursday. It added that it is on track for its full-year target.

The 2.1% total revenue increase occurred despite a series of hurricanes, storms and other nat cats that drove claims higher, mostly due to another strong performance in the Life and Health business segment, the statement said. Operating profit declined to 2.5 billion euros from 3 billion euros, largely due to 529 million euros losses from nat cats. Operating profit also eased in the business segment Life and Health and Asset Management, but remained at an overall high level. Net income attributable to shareholders decreased 17.3% to 1.6 billion euros from 1.9 billion euros, affected by high claims from nat cats and partly offset by lower tax expenses. “Excluding the impact of natural catastrophes, the Group reported a strong performance similar to the preceding two quarters of the year,” the statement said.

“The Property and Casualty segment held up very well after a series of hurricanes, storms and other events. Natural catastrophes caused 529 million euros in losses,” Dieter Wemmer, chief financial officer of Allianz SE, said in the statement. “This relatively low amount is testimony to the Group’s underwriting skills and risk discipline. Setting aside claims from catastrophes, the segment is on track to meet its 2018 target of a combined ratio of 94 percent,” he suggested.

“The Asset Management segment broke the 100-billion-euro mark for third-party net inflows already in the first nine months, a remarkable achievement,” Wemmer said. “The outstanding investment performance of our actively managed funds is the main reason for these strong inflows.”

In Life and Health insurance, statutory premiums in the third quarter of 2017 rose 3.9% to 15.1 billion euros from 14.5 billion euros due to stronger sales of capital-efficient products in Germany and higher unit linked premiums in Italy, Taiwan, Belgium and Luxembourg. “This more than compensated for softer sales of fixed-income annuities in the United States,” the statement added.

L&H insurance operating profit decreased 10.3% to 1.1 billion euros in the third quarter of 2017 from 1.2 billion euros, mainly due to a lower investment margin. This resulted predominantly from a normalized level of realizations in the German life business and last year’s one-off gain from the sale of real estate in France, as well as from unfavourable foreign currency translation effects in the United States. In the first nine months of 2017, L&H operating profit increased nearly 10% to 3.4 billion euros from 3.1 billion euros.

“Third quarter results were robust, given the massive natural catastrophe events that impacted our Property & Casualty segment,” concluded Oliver Bäte, chief executive officer of Allianz SE. “The group absorbed claims stemming from hurricanes, storms and earthquakes in the quarter and still increased operating earnings in the nine-month period. For the year as a whole, Allianz expects to deliver strong financial results with operating profit in the upper half of the target range of 10.8 billion euros, plus or minus 500 million euros.”

As an insurer and asset manager, Allianz Group has more than 86 million retail and corporate customers, who benefit from a broad range of personal and corporate insurance services, ranging from property, life and health insurance to assistance services to credit insurance and global business insurance. In 2016, over 140,000 employees in more than 70 countries achieved total revenue of 122 billion euros and an operating profit of 11 billion euros for the Group.