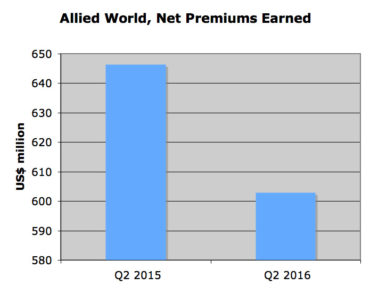 Zug, Switzerland-based Allied World reported a combined ratio of 92.5% during the three months ending June 30, down 7.2 points from 99.2% during the same period in 2015.

The wildfire in Alberta, which started in early May, resulted in the evacuation of about 80,000.

As of July 6, Catastrophe Indices and Quantification Inc. (CatIQ) was estimating insured damage at $3.58 billion, of which 62% is personal property, about a third is commercial property and 5% is auto.

Allied World reported July 19 that its underwriting income increased nearly eight-fold, from $5.874 million in the second quarter of 2015 to $45.3 million in the latest quarter. 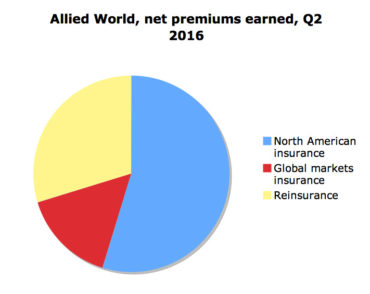 “The loss and loss expense ratio was 60.6% in the second quarter of 2016, compared to 66.8% in the prior year quarter,” Allied World said in a release. “During the second quarter of 2016, the company recorded net favorable reserve development on prior loss years of $37.8 million, a benefit of 6.3 percentage points to the loss and loss expense ratio, compared to $21.8 million a year ago, a benefit of 3.4 percentage points. All three segments benefited from net favorable reserve development this quarter.”