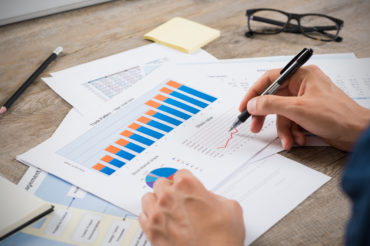 The Zug, Switzerland-based company – a global provider of property, casualty and specialty insurance and reinsurance solutions – released its financial results on Monday. The combined ratio was 96.2% for the most recent quarter ending Sept. 30, compared to 95.8% in the third quarter of 2015, Allied World said in a press release.

“I am pleased we were able to generate a 96.2% combined ratio and strong investment returns which resulted in net income of US$68.6 million, in spite of some large loss events that took place in the quarter,” commented Allied World president and chief executive officer Scott Carmilani. 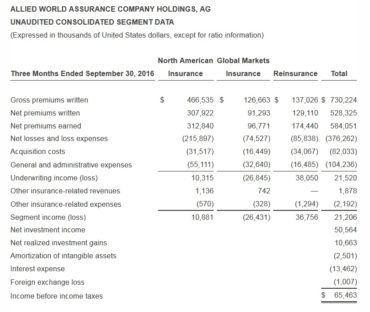 By segment, North American Insurance grew 1.3% to US$466.5 million in Q3 2016, led by increases in programs and other specialty lines, the release said. Partially offsetting this were reductions in healthcare and property lines, Allied World reported. The Global Markets Insurance segment decreased 4.5% to US$126.7 million, driven by reductions in several lines of business across Europe and Asia. The Reinsurance segment decreased 14.9% to $137.0 million, driven by continued strategic non-renewal of several property and casualty treaties.

Other Q3 highlights were: