Allowing both telematics program discounts, surcharges could secure a solid future for telematics in Canada: speaker

Allowing both discounts and surcharges for all telematics programs are among the changes that could help ensure telematics has a bright future in Canada, Donald Light, director of Celent’s North America property casualty practice, suggested Thursday at Insurance Telematics Canada 2016 in Toronto. 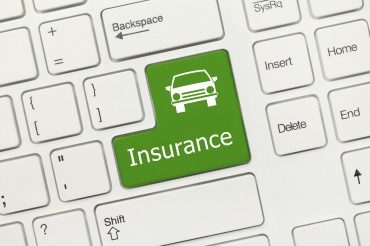 Right now, there are some things “inhibiting, to some degree, the growth of telematics from a regulatory point of view,” Light told conference attendees. He likened the discounts-only approach used in most provinces that currently allow telematics programs to a “hold harmless” approach, one such potential inhibitor.

Most policyholders who sign up receive a reduction or discount on their premiums and then, over the course of a certain period, driving data is collected and the rate either goes down or stays the same, he explained.

Although data may indicate the premium being charged is low – not reflective of the actual risk – rates cannot be raised, something Light regards as “one of the striking things” about most permitted programs in Canada.

Consider, for example, the possible influence of driver perceptions of their own driving abilities. Relaying a personal anecdote in which he spent some time in traffic school, Light reported that the students were asked if they thought they were better drivers than the average driver. The vast majority – he estimates 95% of the class – answered yes.

“That suggests to me that people who volunteer to join telematics programs, there’s some percentage that really are not better drivers than their rating currently indicates,” he told attendees. By regulation, insurance companies are “not permitted to make those adjustments, so there is a fundamental imbalance between true risk-based pricing to recognize the new insights that telematics data provides.”

With regard to the segments of drivers insurers should consider including in telematics programs, “my belief, and this really comes from the concept of adverse selection, is everybody should be in the pool,” Light emphasized.

“If companies can use the new risk data to price appropriately for new risk levels, be it up or down, whichever company gets there first and prices more correctly is more than happy to see people who are priced incorrectly go to its competitors,” he commented.

Characterizing himself a “free market kind of guy” – but also acknowledging that regulation has an important role to play – Light’s view is that “competition will potentially lead to better products, better pricing, more choice for consumers.”

There have been, or could be, developments – including allowing discounts and surcharges, data available from mobile devices and lower telecommunication costs – that will influence if an insurance company is able to earn an adequate financial return on their telematics programs, Light said.

“I think the economics are going to change, but right now, looking at the programs that are available in Canada, insurance companies are already eager to sign up a lot of people,” he suggested.

The upper end of discounts offered by some insurers is around 30%, Light pointed out, although, clearly, it is not known how many policyholders get the highest reduction as opposed to some lower premium decrease.

There are also insurer reports out of Canada that indicate a high percentage of new auto policies are coming into telematics programs, in line with a number of major insurance companies in the United States, who are “seeing similar flows in proportion of new business,” Light reported.

“There is a kind of growth momentum that is already occurring. There are already financial projections saying this business is good business,” he said.

“So, I think that telematics has actually a very bright future with some of these regulatory changes,” Light added.