A recent amendment to Ontario’s Forest Fires Prevention Act now stipulates that railway corporations are liable for damages related to fires originating within 15 metres of the centre line of their tracks, while members of the Ontario Securities Commission are exempt from testifying and producing records in civil lawsuits, with some exceptions. 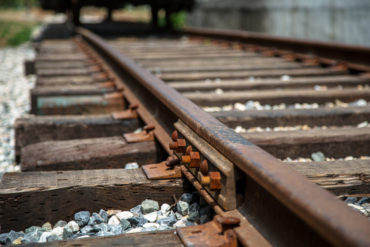 The change to the Forest Fires Prevention Act was passed into law May 17 with royal assent of Bill 127, an omnibus piece of legislation that also changes some other laws as well as implementing measures contained in the budget for the 2016-17 fiscal year.

Bill 127 also changes the Securities Act such that “no member, employee or agent of the Ontario Securities Commission shall be required in any civil proceeding … to give testimony or to produce any book, record, document or thing respecting information obtained in the discharge of their duties under the Act.”

That amendment contains an exception for proceedings under the Securities Act itself or judicial reviews relating to such proceedings.

Meanwhile, changes to the Forest Fires Prevention Act mean that “any fire that originates within 15 meters of the centre line of a railway track is presumed to have been caused by the conduct of railway operations and the railway corporation that conducted those operations is liable for any costs, expenses, loss or damages related to the fire.”

A railway corporation can defend itself by proving “on the balance of probabilities that the fire was caused by another person or by something other than the conduct of the railway operations.”

Transportation of flammable liquids is one of four issues on a watch list published Oct. 31, 2016 by the Transportation Safety Board of Canada. TSB, a separate organization from Transport Canada, reports to Parliament and investigates incidents in pipelines, marine, aviation and railways.

Its watch list contains safety issues that TSB says must be addressed.

Of the 1,200 accidents reported in 2015, 144 involved dangerous goods and six resulted in a dangerous goods release, TSB said in July, 2016 in its annual report to Parliament.

Currently TSB has assessed the regulator’s response as having “satisfactory intent.”

The recommendation was made in an investigation report into the July 6, 2013 accident that killed 47 people in Lac-Mégantic, Quebec. On July 5, 2013, a Montreal, Maine and Atlantic (MMA) Railway train hauling 72 tanker cars with crude oil was stopped for the night near Nantes, about 180 kilometres south of Quebec City. The unattended train started to move downhill, picked up speed and 63 tanker cars derailed.

TSB notes that Transport Canada has “contracted a third-party to conduct the analysis to determine the appropriate threshold criteria on key routes” and that Transport Canada “will be developing a specific tool/methodology for this project” and “will conduct ongoing research and will continue to review the rail traffic and accident data and literature.”

In addition to transportation of flammable liquids, the other three railway items on the TSB watch list are crew fatigue management systems, following railway signal indications and lack of mandatory on-board voice and video recorders.