Analytics is the single greatest disruptor to the Canadian insurance industry today, according to 65% of executives polled for a recent survey by Insurance Nexus, a division of FC Business Intelligence. 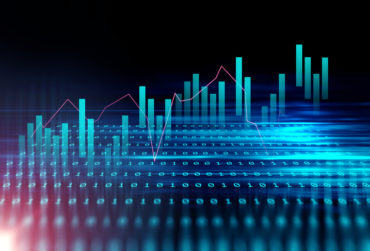 Insurance Nexus reported on Tuesday that it recently surveyed more than 100 insurance executives from across Canada to get a benchmark of “what is driving change, creating obstables and making a difference in an industry moving rapidly through transformation.” The result was the Canadian Insurance Innovation Survey 2017.

When asked “in 2017, where will Canadian insurers focus more on?” 73% of respondents reported “digital” – developing strong online platforms to benefit customer service; 50% said analytics – building on data to provide real insights across the organization; 40% said customers – a focus on customer relationships above and beyond anything else; 34% said data – the need to refine internal data and reform external data strategies; 38% said distribution – adjusting strategies between brokers, direct and digital; and 20% mentioned the Internet of Things (IoT) – the introduction of telematics, wearables and sensors in insurance.

Looking specifically at IoT, including telematics, wearables and sensors that are new components to the Canadian insurance industry, 50% of those polled said that this is a “long-term goal for the industry, but we are not there yet.” Thirty-seven per cent said that the next 12 months will be critical, 7% didn’t know what IoT was and 6% said that the industry is already embracing change. Zero per cent of respondents reported that “this is a pipe dream that will never become a reality.”

Twenty-three per cent of those polled said that an insurer’s underwriting department has the most to gain from analytics, compared to 16% for distribution, 12% for claims, 10% for actuarial, 9% for innovation, 9% for pricing, 7% for marketing, 5% for strategy, 4% for fraud, 3% for IT/technology and 2% for digital.