Insurers and reinsurers can benefit by considering how near misses – such as an incident three months ago when an Air Canada Airbus A320 nearly landed on a taxiway with four passenger jets – might have become major disasters, Risk Management Solutions Inc. and Lloyd’s suggested in a report announced Friday. 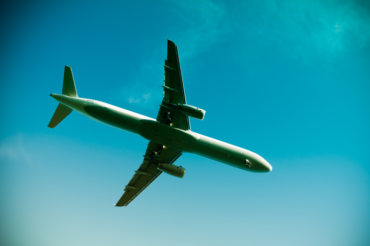 “Risk insight is gained from exploring how things might have turned for the worse,” RMS catastrophist Gordon Woo stated in a release announcing the report, Reimagining History: Counterfactual risk analysis.

“By adopting a counterfactual perspective and exploring how historical events could have unfolded differently, additional insight can be gained into rare extreme losses that might otherwise come as a surprise,” Woo stated.

In addition to Woo, the report was co-authored by Lloyd’s head of innovation Trevor Maynard and Junaid Seria, who leads the cat model governance and R&D team at SCOR Global P&C.

Among the near-misses cited by the authors was an aviation incident July 7 when an Airbus A320 operated by Air Canada was cleared to land at Runway 28R at San Francisco airport. However, during the final three nautical miles of the approach, the airplane’s flightpath was actually lined up with a taxiway C, the U.S. National Transportation Safety Board said in a separate release. On Taxiway C were two Boeing 787s, an Airbus A340 and a Boeing 737. The Air Canada A320 was about 100 feet off the ground when it pulled up and went around.

“30 metres was the difference between no accident taking place and what could have been the greatest aviation disaster in history involving multiple planes and more than 500 passengers,” RMS and Lloyd’s said in the report.

“Applying downward counterfactual analysis in a reasonable and scientific way to this event could help the insurance industry understand the potential total economic loss and insurable losses from a catastrophic event on a scale of the one that almost took place,” according to the report.

“Due to the finite size and resolution of catastrophe models, restricted by practical run-time constraints of a few hours, it is inevitable that some significant downward counterfactuals may not be found as scenarios in any catastrophe model,” RMS sand Lloyd’s noted. “Counterfactual risk analysis can help identify these unknown or poorly recognized sources of unmodelled risk, and gauge their contribution to key insurance risk metrics.”

They also cited the March 2011 earthquake off the cost of Japan that caused a tsunami that struck the Fukushima nuclear plant.

In an earlier report, Swiss Re noted that insured losses from the March, 2011 earthquake and tsunami were $37.3 billion (adjusted for inflation to 2016 U.S. dollars) and there were 18,541 dead and missing. The disaster ranked second (after Hurricane Katrina) on Swiss Re’s list of most expensive insurance losses between 1970n and 2016 and 20th on Swiss Re’s list of worst catastrophes in terms of victims from 1970 through 2016.

“Counterfactually, the disaster might have been worse,” RMS and Lloyd’s said of the March 2011 earthquake in Reimagining History: Counterfactual risk analysis. “From RMS examination of wind rose data around Fukushima, there was a significant chance of the wind direction blowing inland, causing more widespread radiation contamination. Fortunately, the wind blew most of the radioactivity released from the stricken nuclear plant out to sea.”

“Understanding of the underlying risk can be greatly enhanced by analysis of near misses,” Lloyd’s and RMS added. “Minimal historical loss is often perceived as an indication that the risk is minimal. Absence of loss is often misinterpreted as absence of risk.”