OTTAWA – Headline inflation in Canada hit a 30-year high at the end 2021 with warnings from economists that the pace of price increases could rise even higher and stirring expectations of a central bank response before the month is over.

Statistics Canada reported Wednesday that the annual pace of inflation climbed in December to 4.8 per cent, a pace that hasn’t been seen since September 1991.

Driving growth on the consumer price index were prices for groceries that climbed year-over-year by 5.7 per cent – the largest bump in a decade – and for housing that climbed by 9.3 per cent compared with December 2020.

Furnishing homes also got more expensive compared with the same month last year: Prices for household appliances rose by 8.9 per cent for the largest yearly gain since June 1982.

And despite a month-over-month dip in prices at the gas pumps with demand dampened by renewed public health restrictions related to the Omicron, gasoline prices were still up 33.3 per cent year-over-year in December.

Statistics Canada said that excluding gasoline prices from its calculations, the consumer price index would have been up year-over-year in December by four per cent.

Since then, gasoline prices have risen anew as global oil prices reach back to pre-pandemic highs, and supply-chain issues that have slowed the flow of in-demand goods and food continue to pressure grocery prices. 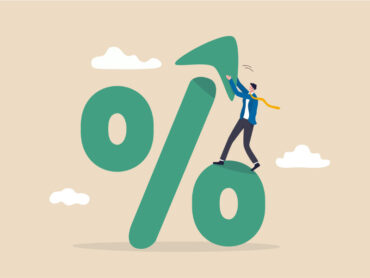 BMO chief economist Douglas Porter said those two issues, coupled with reports of labour shortages suggest inflation rates may yet rise higher despite widespread hope that they had hit their peak.

“They definitely may still rise in the coming months,” Porter said in an interview.

“I’m not at all relieved or relaxed on the inflation outlook. I am quite concerned that we could have more of an inflation issue than I think is commonly believed among economists.”

Statistics Canada said the consumer price index for the full year of 2021 rose at its fastest rate since 1991, pointing to widespread global supply-chain constraints and the release of pent-up consumer demand as the economy reopened.

The year-over-year change in prices in December outpaced gains in wages over the same stretch. Statistics Canada said wages rose 2.6 per cent between December 2020 and last month, meaning Canadians saw a drop in their purchasing power.

“Not only are their wages not likely to keep up with inflation, but their jobs are also less likely to be remote, which means they cannot avoid spending money on gas,” she said.

December marked nine months in a row that headline inflation has come in above the Bank of Canada’s target zone of between one and three per cent. The country hasn’t seen a streak that long since before the central bank began targeting inflation at two per cent in the midpoint of its comfort range.

The average of the three measures for core inflation, which are considered better gauges of underlying price pressures and closely tracked by the Bank of Canada, was 2.93 per cent for December, up from the 2.73 per cent reported in November.

The average was last that high in September 1991.

CIBC senior economist Andrew Grantham said the latest readings may stir concerns within the Bank of Canada about how long inflation rates remain elevated, as well as a broadening of price pressures outside of supply-constrained items.

Scotiabank chief economist Jean-Francois Perrault said he now expects inflation to stay well outside the central bank’s target this year and next, noting that data from the bank suggest similar expectations from households and firms.

The Bank of Canada has said that it would act to stop runaway inflation, and is scheduled to make a rate announcement next week. Perrault expects the bank to start raising rates next week and in the coming months, and is forecasting the rate will hit two per cent by the end of 2022.

The only reason to delay may be to see what happens with this latest wave of the pandemic, which has seen a surge in cases and hospitalizations, as well as higher absenteeism rates as exposed workers isolate at home.

If the bank delays acting, Porter said to expect a warning of rate hikes starting in March to at least manage inflation expectations and start to cool demand for goods.