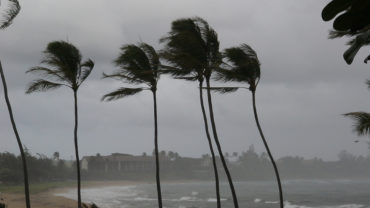 “However, despite the reduction, when looking at the expected [Accumulated Cyclone Energy (ACE)] Index, there is still a 71% likelihood that the 2016 season will be the most active since 2012,” TSR said in a statement released on Friday.

The report specifies multiple factors as to why the slight reduction in the hurricane season forecast was imposed. The main reason is that the forecast for La Niña is developing more slowly than anticipated two months ago. It is now expected that La Niña will only reach weak intensity during the peak months of August, September and October, TSR said, in contrast with the previously anticipated moderate levels.

In addition, there is now an expected near-neutral effect of trade winds across the Caribbean Sea and the tropical North Atlantic Ocean – stronger than the previous forecast. Sea surface temperatures (SST) in the Atlantic Ocean’s main development regions are also slightly warmer than normal, which will provide additional heat and moisture to aid in hurricane formation and intensification, TSR reported.

Drs. Saunders and Lea currently project that there is a 46% probability that the 2016 Atlantic Hurricane Season ACE Index will be near-normal, a 27% likelihood it will be above-normal, and a 27% chance it will be below-normal.

With the release of the forecast, Dr. Klotzbach is predicting tropical cyclone activity near the 1981-2010 median in the Atlantic Basin during the upcoming 2016 season. His report cites several factors as to why near normal activity is being forecast. One such main factor is the current cool neutral ENSO (El Niño Southern Oscillation) conditions currently in place across the tropical Pacific Ocean.

“Despite earlier expectation of a transition to La Niña, there is now greater uncertainty as to whether cool neutral ENSO conditions or a transition to La Niña will be present during the peak development months from August to October,” TSR explained in the release. “One of the reasons why a transition away from El Niño towards La Niña has been due to the absence of strong trade winds in the tropical Pacific Ocean. These trade winds favour upwelling and a cooling in the eastern and central equatorial Pacific. At this time, there does remain a consensus of forecast models calling for cool neutral to weak La Niña conditions for the August to October timeframe.”

A second factor revolves around the current configuration of atmospheric and oceanic patterns across the Atlantic basin. In terms of SST, the western Atlantic is well above normal, while the eastern Atlantic is slightly warmer than normal and the far North Atlantic and subtropical Atlantic are cooler than normal. As well, the current SST anomaly pattern somewhat resembles a negative Atlantic Multidecadal Oscillation pattern, the statement said. Additionally, the July 2016 SST pattern did not strongly resemble a July SST pattern that is typically associated with active Atlantic hurricane seasons.

Other factors include vertical wind shear that has been significantly reduced in the last few weeks when compared to the long-term average and sea level pressure anomalies during the past month that have been relatively low.