Just days after the National Oceanic and Atmospheric Administration’s Climate Prediction Center suggested an above-normal hurricane season this year, Aon Benfield has issued its May forecast for the 2017 Atlantic season. 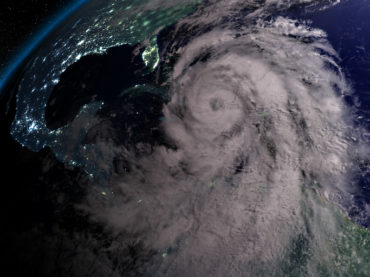 Professor Mark Saunders and Dr. Adam Lea of Tropical Storm Risk – part of Aon Benfield Research’s academic and industry collaboration – are now forecasting 14 named storms, six hurricanes and three major (Category 3+) hurricanes between the months of June and November. This is an increase from their previous projection – 12 named storms, six hurricanes and two major hurricanes – and includes April’s Tropical Storm Arlene. “The projected activity is expected to be close to average when compared to both the long-range norm since 1950 and the recent 2007-2016,” Aon Benfield said in a report released on Tuesday.

Forecasters predict a 70% likelihood of 11 to 17 named storms (winds of 39 miles per hour or higher), of which five to nine could become hurricanes (winds of 74 mph or higher), including two to four major hurricanes (Category 3, 4 or 5; winds of 111 mph or higher). An average season produces 12 named storms of which six become hurricanes, including three major hurricanes, NOAA explained at the time. These numbers include Tropical Storm Arlene, a rare pre-season storm that formed over the eastern Atlantic in April.

TSR’s report specifies multiple factors it says indicate why an uptick in the hurricane season forecast has been submitted. The primary factor surrounds the forecast intensity of trade winds during the July to September timeframe, with the current forecast notably weaker than what was previously projected in April. The trade wind forecast is based on the expectation of El Niño-Southern Oscillation (ENSO)-neutral or weak El Niño conditions during the peak development months, the report said, adding that the near-neutral trade winds from July to September are often associated with average vorticity (spin/rotation), average wind shear in the main development region and average hurricane activity.

Another factor is that sea surface temperatures in the tropical North Atlantic and Caribbean Sea are expected to be warmer than normal, TSR reported. “However, TSR is quick to remind that there remain considerable uncertainties regarding the status of ENSO and sea surface temperatures during the peak development months,” the report said. Each would have a major impact on final hurricane activity.