B.C.’s Court of Appeal overturned a decision Wednesday against BCAA Insurance Corporation in a case that turned on the crucial difference between an “omission” and a “misrepresentation” in a home insurance application.

Ultimately, the B.C. Court of Appeal ordered a retrial in the case, having found that the trial judge had made overriding errors in fact and law.

“What matters for present purposes is that the answer ‘No’ given to the question ‘Has any insurer cancelled, declined, refused or imposed any special conditions on habitational insurance for the applicant in the past 10 years?’ can be objectively compared to the truth. It was untrue,” B.C. Court of Appeal Justice Christopher Grauer wrote for a three-judge panel hearing the case.

“The trial judge did not find otherwise. It follows that to characterize it as an omission, instead of a misrepresentation, was a palpable error. It was not an omission, or a half truth. It was a positive representation that no insurer had cancelled, declined, refused or imposed any special conditions on habitation or insurance in the last 10 years. That was false, however the [home insurance claimants] might have perceived it.”

Another central, related dispute arose over whether the claimant’s immediate attempt to correct the incomplete and erroneous information on the initial insurance application had actually been received by the insurer.

The claimants insisted they had mailed an addendum — which included a note from their brokerage stating that their policy would not be renewed by the original insurer, Wawanesa — to their new insurer, BCAA, the day after coverage was bound. They also told the court they had followed up on the mailing with a phone call to make sure the insurer had received it. BCAA contended that it had received neither the addendum, nor a phone call describing the discrepancy. 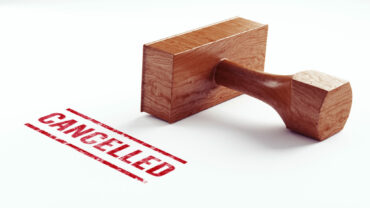 In Nagy v. BCAA Insurance Corporation, after a summary trial, BCAA Insurance was ordered to pay a fire claim under a homeowner’s policy it issued to Zoltan Nagy and Margaret Kuhn, who are common-law spouses. The claim was for the complete loss of their house and its contents on Mayne Island, B.C.  BCAA issued the policy on Mar. 8, 2016, and the fire occurred on Dec. 4, 2016.

BCAA rejected the claim, alleging that the policy was void due to misrepresentations and omissions by the respondents at the time coverage was placed.

Nagy and Kuhn initially had a home insurance policy with Wawanesa, which was due to expire on Mar. 8, 2016.  About a month before the expiry date, their insurance broker, Eaton & Starr, wrote them to advise the following: “Please be advised that the above-noted policy will be lapsed on its expiry date of March 8, 2016, due to the following reasons [The letter goes on to state: “Claims Frequency & the Frequency of Change of Occupancy.”] There will be no coverage in place through Wawanesa Mutual Insurance Company as of Mar. 8, 2016 at 12:01AM.”

Nagy applied for a home insurance policy with BCAA (the broker could not do this for them because only BCAA members can apply).

On the same day the Wawanesa policy was set to expire, Nagy spoke with a representative at BCAA, who agreed to provide coverage for the respondents’ property. The BCAA representative emailed an application form to Nagy and Kuhn with information that she had filled in based on her telephone conversation with Nagy. Time was short. Nagy and Kuhn were to sign, scan, and return it electronically.  They did so, and BCAA bound coverage that same day. 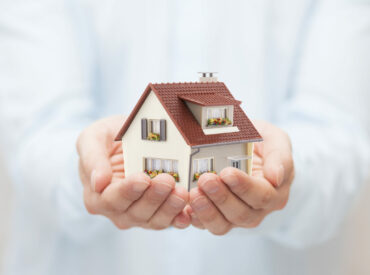 “In both the telephone conversation and on the application form, [Nagy and Kuhn] were asked for a list of previous losses within the past 10 years,” the court noted. “In both instances, only one such loss was disclosed: The theft in December 2014.  In fact…there were two other significant matters [that were not disclosed on the form], including a total loss from fire in 2008.

“And in answer to the question ‘Has any insurer cancelled, declined, refused or imposed any special conditions on habitational insurance for the applicant in the past 10 years?’ the respondents answered ‘No,’ both by telephone and on the application form.

“Whether these admitted inaccuracies constitute misrepresentations or omissions is in issue.”

The trial judge found that not disclosing two of the three previous claims constituted “omissions,” which did not rise to the level of fraudulent misrepresentation. Furthermore, the trial judge found, Nagy had sent BCAA a written addendum disclosing the information omitted on Mar. 8, and had followed up with the insurer with a phone call on Apr. 29.

But while the trial judge found that it was enough for the claimant to have sent the changes, the appeal court noted that the insurer’s state of knowledge was more important than the claimant’s good intentions.

If BCAA had had the correct information when it bound coverage on Mar. 8, the appeal court found, it may have changed its decision about whether to underwrite the risk. What’s more, the appeal court found, the trial judge was in error in finding that the claimant had contacted BCAA; in fact, Nagy had contacted the insurer on Apr. 26, and the content of the call amounted to nothing more than a voicemail message requesting a callback.

Crucially, the appeal court found, while the absence of the two claims loses on the form may have been “omissions,” the statement that they had not had an insurance policy cancelled or renewed was in fact a misrepresentation, which would void the policy.