Archway Insurance, one of Atlantic Canada’s largest insurance brokerages, announced on Tuesday that it will purchase Alliance Assurance effective Dec. 31. 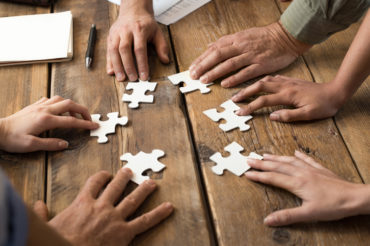 Alliance is one of the largest brokerages in New Brunswick, with nine locations serving communities across the province, Archway said in a press release.

Archway reported that the Alliance offices will continue to operate as new locations of Archway, with no major changes planned to existing roles and responsibilities for staff. “Alliance president Lily Durepos will provide added continuity, becoming a senior member of the Archway management team,” the release said, adding that no employees will lose their job as a result of the purchase.

“We welcome the clients and employees of Alliance Assurance into the Archway family,” said Archway vice president Gina McFetridge. “We’re pleased to better serve communities across New Brunswick through these nine new locations where Archway did not previously hold offices.”

Durepos added that “as another family-run business, Archway Insurance shares a similar philosophy towards treatment of employees and commitment to community. Our clients remain in good hands, dealing with the same employees they have grown to trust over the years.”

Over the past decade, Archway has purchased many brokerages across Nova Scotia and New Brunswick, and will continue to grow through acquisition, the release said. For example, effective Nov. 1, Archway acquired H.S. Terris Insurance in Springhill, N.S. And in March, it purchased Solutions Insurance Broker Inc. in Dieppe, N.B.

The acquisition of Alliance brings the total number of Archway locations to 20 – covering mainland Nova Scotia and New Brunswick. The deal with Alliance is Archway’s single, largest brokerage purchase, the release said, securing Archway’s position as one of the leading brokerages in Atlantic Canada.

“As a broker, Archway is committed to offering choice and being advocates for our clients,” added McFetridge. “We believe your best insurance is an insurance broker. Insurance brokers offer consumers four distinct advantages: choice, service, professionalism and on-your-side advocacy throughout the claims process.”

Headquartered in Amherst, N.S., Archway is an Atlantic-owned, independent insurance brokerage and one of the largest in the region.