Are you ready for the changes in IFRS 17?

Learning how to “speak IFRS 17” will be an essential skill for insurers for both ongoing effective governance and communicating business performance to stakeholders, a partner at PwC Canada said.

The changes in the upcoming insurance accounting standard can significantly impact a number of key performance indicators (KPIs) that are widely used today for managing the business, PwC partner Owen Thomas wrote in an article published in MSA Research’s Quarterly Outlook Report for Q2 2021, released Friday. This is particularly true for KPIs based on today’s measures of premiums, claims and expenses such as loss ratios and combined ratios, Thomas wrote in the article Speaking IFRS 17.

The international financial reporting standard is set to come into effect Jan. 1, 2023, following a one-year transition period beginning in January.

As well as new concepts to learn in IFRS 17, insurers will also have to adopt to a number of familiar items no longer being included within the financial statements. For example, there will no longer be information on premiums written or earned as part of the IFRS statements. This has been replaced with “insurance revenue” in IFRS 17. In many cases, this will be similar to gross earned premium calculated under today’s requirements for short-duration property and casualty contracts.

“However, there will be other cases where this will be different, including for longer-duration contracts (such as title and life insurance) and for acquired business, where the insurance revenue numbers could differ significantly from what is used today,” Thomas said. 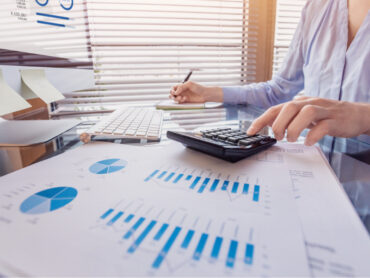 In addition to getting familiar with a new format for the income statement that is now split into an “insurance result” and an “investment result,” you’ll also need to look out for changes to reinsurance held (previously referred as reinsurance ceded) and the effects of discounting (and changes in discount rates) which are measured and presented differently under the IFRS 17 requirements, Thomas advised.

And while measures like loss ratios and combined ratios can no longer be calculated directly from the financial statements, insurers will need to decide which of their existing KPIs will be kept in their current form, and which ones will need to evolve to reflect the IFRS 17 changes.

“For example, despite no longer being part of the IFRS financial statements, it’s widely expected that premiums written will continue to be an important KPI for measuring business volumes and growth,” Thomas wrote. “For KPIs that relate to profitability, insurers may decide, over time, to move to measures that are calculated from the equivalent revenue and expenses amounts under IFRS 17, or else have to maintain the costs of reconciliations to the old formats indefinitely.”

For public companies, there are also additional constraints around the use of non-GAAP (generally accepted accounting principles) measures which will become more difficult to reconcile to the financial statements in many cases, said Thomas.

In the near-term, it’s likely that insurers will want to see both old and new measures in order to understand the impacts and for assessing performance. “Any changes to these measures will need to be carefully understood and communicated to stakeholders to avoid surprises.”

In addition, the impact of any changes to performance measures on an insurer’s internal processes such as forecasts, project appraisals and compensation plans, will need to be assessed and updated as needed.

“Given the broad impacts on understanding, assessing and communicating performance under the new requirements, now is the time for insurance executives and board members to get upskilled so you can ‘speak IFRS 17’ with confidence going into 2023 and beyond,” Thomas concluded.