OTTAWA – A group representing thousands of small businesses says uncertainty over the fate of federal pandemic supports is causing its members to lose confidence in their financial prospects, and pushing the Liberals to provide more life support for ailing companies.

The Canadian Federation of Independent Business said sentiment in its monthly barometer from September showed the largest one-month drops since the onset of the pandemic in March 2020.

The group said there has been a tumble in the short-term expectations for companies in the hospitality and construction industries, while retail and agriculture saw the deepest dive on their outlook for the next year.

With the majority of small businesses still not back to normal sales levels, the organization is asking the federal government to extend wage and rent supplements set to expire near the end of the month.

The federal budget bill passed at the end of June includes a provision that cabinet can extend benefits until Nov. 20. The Liberals would need to gain parliamentary approval for any more weeks of life.

CFIB president Dan Kelly said small business owners are “at near panic levels” about the impending end of supports, and are looking for a signal from the federal Liberals. 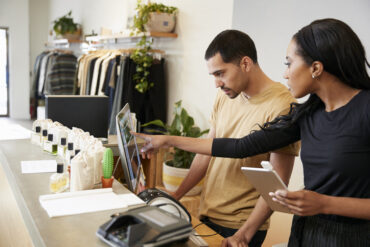 “I want the subsidy programs to end too – they’re super expensive – but if we do that before full COVID restrictions are lifted, we will see thousands and thousands of businesses flushed down the toilet,” he said.

The ask to keep those benefits moving comes with a corresponding request to reshape the “recovery” benefits for out-of-work Canadians that will test the federal government. Finance Minister Chrystia Freeland in conversations has pressed stakeholders about how the government could extend business benefits, but not the same for workers.

The Liberals might err on the side of being more generous, but should let the pandemic relief programs end unless there is a really good economic reason, said Christopher Ragan, director of the Max Bell School of Public Policy at McGill University.

“I do not envy any government that is currently in this, but I do think you want to be careful about providing too many relief payments because that is going to stand in the way of a recovery,” he said.

In late July, the Liberals announced an extension of the aid package and put off a planned drop in benefit values citing a slower than expected recovery.

The wage subsidy and rent relief programs have paid out almost $94 billion and $6.6 billion, respectively, and federal data show the number of claims for each has fallen over the course of 2021.

The benefits are calculated on business losses, and phase out as revenues rebound; the CFIB survey noted the share of firms barely making it by has dropped to the lowest level since the pandemic began.

The Canada Recovery Benefit has seen a similar drop in claims, and has paid out about $26.4 billion to unemployed workers who don’t qualify for employment insurance, with weekly benefits set at $300.

The drop is also in line with rising job numbers that as of August put the country 0.8 per cent below pre-pandemic levels, even though businesses are reporting labour shortages.

An economic outlook from Deloitte Canada on Tuesday noted how this tale of two labour markets is playing out: Industries with jobs that can easily be done remotely have grown and now face problems attracting skilled workers, while job shortages in high-contact sectors like accommodation and food services may reflect ongoing health concerns or the effect of income support programs.

Chief economist Craig Alexander said the link between benefits and labour shortages is largely anecdotal. He added that some industries could also be facing labour shortages from declines in immigration.

“There’s so much disruption coming from health risks and barriers to the movement of workers, combined with the economic narrative that the story in the labour market is a complex one,” he said.

As the worst of the pandemic appears, for the moment, to be in the rear-view mirror, Alexander said policy-makers are going to need to start thinking about how to unwind emergency support programs.

“They’re going to need to start thinking about how governments gradually wean the economy off of fiscal stimulus,” he said.

“But let’s also still be clear that we’re still in the crisis, the crisis hasn’t passed, and so the notion of not wanting to apply fiscal austerity in the near-term is entirely warranted.”